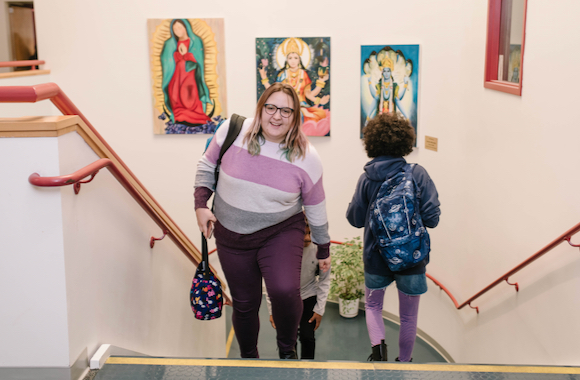 Mid-Peninsula High School sophomore Collette Zubizaretta always wanted to become an author. After publishing her first collection of short stories, A Little Bit Creative, she made her dream come true.

Collette, who goes by CoCo at school, first began noodling the idea of writing a book in middle school when she embarked on a project with her friends. After they graduated from eighth grade, the book stalled.

Coco’s dream to publish a book didn’t leave her, though. As is the tale of many writers, however, she’d start a story and find herself with the proverbial writer’s block. That is until her sophomore year when she landed in an English class taught by Cory Huttenga. Cory asks his student to take five minutes of each class to freewrite, which is a writing exercise used to generate ideas without restrictions. 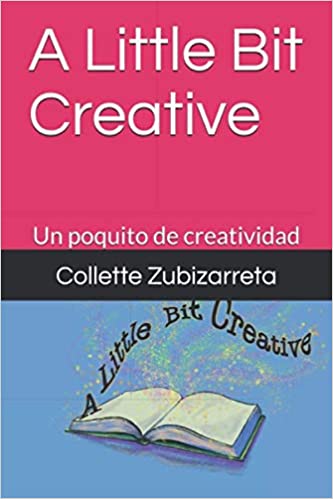 “I don’t provide extensive feedback on student journals,” said Cory. “I grade them exclusively on effort and encourage students to experiment as much as possible, so most of my feedback is motivational…When I created the activity, I imagined that some students might be inspired to turn something they wrote for class into a bigger project like a short story, a novel, or a screenplay,” said Cory. “To see Coco’s book on Amazon is obviously very cool!”

Coco chose the stories and poems from her freewrites in Cory’s class and continued developing those works at home. Her grandmother, author Alma Flor Ada, asked Coco if she would co-write a book with her. When Coco showed Alma her works in progress, A Little Bit Creative was born. Collette’s mom, Hannah Brooks, designed the cover art, which adds to the specialness of this collaborative effort.

With her grandmother’s help, Coco’s book was self-published on Amazon in early March. Her grandmother called her with the news: “Congratulations you are officially a published author. Go check it out on Amazon!” When Coco found her book listed, she said it felt like a dream.

“It didn’t feel real at all. It felt like I was going to wake up and it’d be gone.”

But her book is very real. Her stories in the collection are presented in English and Spanish. The translations, which were done by her grandmother, are lyrical and flow as if they were written specifically for the language.

“I would describe Coco’s writing style as delicate,” said Cory. “Her prose often reads as if she carefully knitted each word onto the page and her simple yet varied sentence structures create a soothing rhythm.”

Coco is working on a new project with a grade-school friend; the two will use a single pen name when it’s published.

Very pleased to see your coverage of my granddaughter’s first book. Young people benefit from recognition and stimulus. Thanks for acknowledging Collette’s achievement.

Thanks for your nice coverage of Colette’s achievement. Young people benefit from acknowledgement and stimulus. And we all appreciate positive news during these difficult times.

I’m very moved at seeing Coco’s first book out! Bravo Collette!! You come from a family of writers, so is in your blood! Adelante!
I will get it from Amazon! I can’t wait to read it!

This book proves how a soul can be nurtured towards the wanders of words. So used to monosyllables in young adults Coco’s age, it is uplifting to read her stories, filled with beautiful expressions of humor, generosity, expectation.
Looking forward to future surprises by this author.