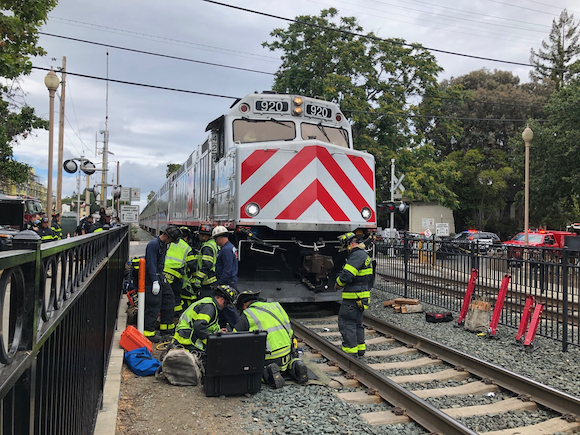 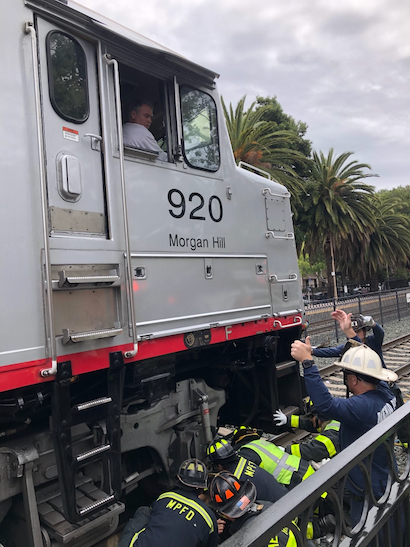 An elderly man was pinned under a CalTrain locomotive at the Menlo Park train station yesterday after being hit while crossing Oak Grove Avenue.

The elderly man’s left leg, just above the knee, was partially under the front wheel of the 282,000 pound locomotive. The man was conscious, but appeared to be confused.

Menlo Fire Paramedic James Lennon said his femur appeared to be intact, but the legs muscle, tissue and skin were severely damaged. The man had also suffered a head wound and injury to at least one of his hands.

After re-powering the completely shut-down locomotive and building back all air pressure in-order to release the trains brakes, the train operator ever so slowly moved the locomotive backwards, as Paramedics worked to carefully free his leg.

The man was taken to Stanford Hospital’s Trauma Center.