Rep. Anna Eshoo speaks out on the importance of following public health guidance to combat COVID-19 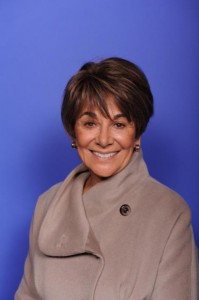 “I returned to Washington, D.C. this week to vote on several important bills. The House is following very strict physical distancing and public health guidelines to protect all Members and staff from COVID-19. All Members and staff are required to wear face coverings inside the Capitol complex, the House chamber is restricted to a small group of Members during debate and votes, hearings are being held virtually, and the Capitol complex remains closed to the public.

“With overwhelming evidence showing that basic public health precautions such as face coverings, frequent hand washing, and physical distancing can lower the risk of exposure to the virus, these precautions have all been put into place by the Office of the Attending Physician.

“The Capitol complex has changed dramatically. No long lines of visitors to Washington, D.C. to tour the wonder of it all. I miss the children and their families, all the familiar sounds and happy faces. One day, they will visit again.

“This week, the U.S. recorded the largest number of new infections nationwide over two consecutive days. California reported over 7,000 new cases in a single day, Texas reported nearly 6,000 cases in one day, and Florida reported nearly 9,000 new cases in one day. Hospitalizations hit a new high in Arizona and the intensive care unit in Houston, the fourth largest city in America, reached capacity. The U.S. will soon eclipse 2.5 million total cases and 125,000 deaths. These are staggering numbers.

“The alarming increase in new cases is not the result of increased testing as some have claimed. It is primarily the result of states reopening too quickly without providing clear guidance to their citizens on how to keep each other safe. I know we’re all fatigued after months of isolation and sacrifice and we all want to resume our normal lives again. But let’s face it. We do not have a national plan and every state has been left to its own devices to test by the Administration.

“To add insult to injury, the Administration filed a brief with the Supreme Court on Thursday night asking the court to strike down the entirety of the Affordable Care Act. Taking away healthcare coverage from 23 million Americans during the worst pandemic in a century and record job losses is cruel and indefensible.

“I believe we will have many more difficult days ahead of us. In the meantime, the most important action each of us can take to protect ourselves and others is to wash our hands regularly, disinfect frequently touched surfaces, wear face coverings outside of our homes, avoid large indoor gatherings, and follow recommended physical distancing guidelines.”