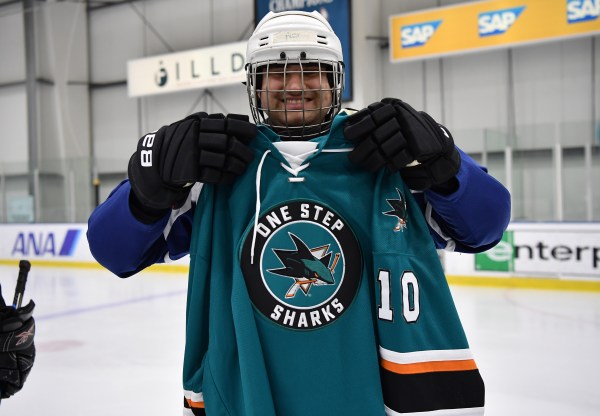 When Menlo Park residents Julian and Cristina Bliss welcomed their second child  Alex into the world, Kristopher — their first born —was happy to welcome a baby brother into the family.

“My husband and I immediately began to picture all of the things the boys would do together,” says Cristina, who describes the memory like it was yesterday. “We had visions of the boys playing sports and always looking out for each other.”

But it wasn’t long before the couple noticed something wasn’t quite right. He preferred lining up and organizing his toys to playing with other children. He was in his own world and had a tendency to hum all the time.

When Alex turned three and still wasn’t talking, they took him to a specialist who put him through all sorts of tests— hearing, vision and even a brain scan but everything came back normal. In the end, they were referred to yet another specialist who ultimately diagnosed Alex with autism.

“At the time, there wasn’t much talk about autism,” says Cristina. “At first we were in denial, but after a lot of research, we knew it was true and reached out to the school district, as we were told that intervention at a young age is important.” 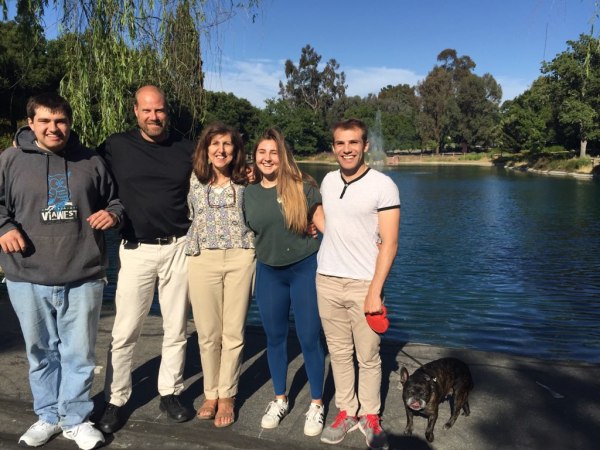 During elementary school Alex made little progress, but his inclination to the arts became obvious. Unfortunately, due to poor verbal skills and lack of resources, he couldn’t be easily accommodated.

“We tried out a number of programs, and it was awful,” says Cristina. “Autism wasn’t well known in our district, and programs for older kids were just getting started.”

Persistent in their request for help, Cristina and Julian tried a number of different programs over the years. Some were better than others.

“Once Alex was enrolled at Menlo Atherton High School, he started working with Ms. Price, a teacher who recognized his gift of art,” says Cristina. “She mainstreamed our son into an everyday ceramics class and it wasn’t long before she was sharing his work with others. She catered to his specific needs and incorporated physical activity including long walks, swimming, bouncing a ball between classes, and clean-up work into his daily routine. Within a year or so, Alex was more verbal, and the academics followed. He was truly at his best.”

“We didn’t know what to do next,” says Cristina. “We found an adult program but all he did was watch TV. He loved to organize things so they had him clean. He started to regress, and we were concerned knowing he was capable and worthy of more.”

One of their social workers suggested they visit One Step Beyond and it was a game changer.

One Step Beyond (OSBI) is a non-profit organization that provides comprehensive programming and services for adults (18+) who have intellectual disabilities. The largest program of its kind —  erving more than 600 individuals last year — the organization empowers its members to achieve independence, self-sufficiency and employment through innovative culinary, education, fitness and fine arts programs.

After meeting with the staff and touring the San Mateo location, Alex started at One Step Beyond and immediately started to blossom.

“The programs at One Step Beyond are innovative and unlike other ‘life skills/daycare’ programs in the area,” says Cristina.

Today, Alex is 26-years-old and attends programming at the One Step Beyond San Carlos location five days a week. He is a part of the One Step Sharks hockey team and an active participant in theater, dance, band, art, and music programs. He has volunteered at a local farm and is taking adaptive PE and swimming classes through a partnership with the College of San Mateo.

The recent COVID-19 pandemic hasn’t stopped Alex from interacting with his friends and counselors. Still able to attend some in-person programming, Alex also takes part in the virtual Zoom classes. The regularly scheduled transportation is currently on hold, but the family makes sure he is able to attend his OSBI programs.

“Our family wants the community to know that people who have autism or other intellectual disabilities are able to do great things,” says Cristina. “If people give them a chance, they will show up, work hard and warm your heart. Alex has taught us a lot. Not everyone sees what we see. The world can be a negative place, but One Step Beyond offers a safe place. We feel fortunate to be a part of it.”

Photos courtesy of One Step Beyond and the Bliss family, shown together at Sharon Park