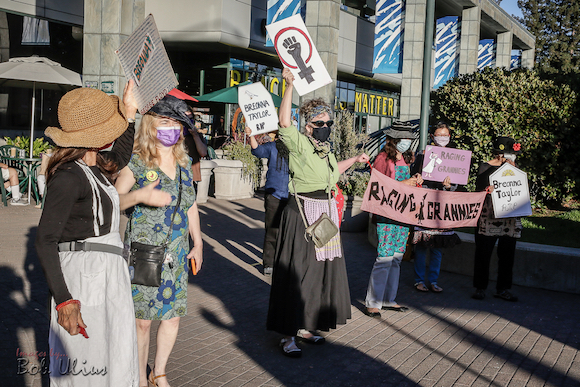 The Raging Grannies joined about 150 others in Menlo Park yesterday at a rally and march protesting the lack of indictment in the Breonna Taylor murder. 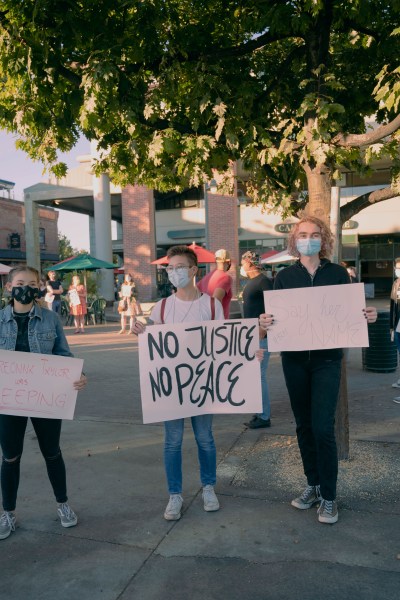 The Hood Squad, an arts and activist collective, and  the Justice Vanguard, an anti-racism organization founded by young people, organized the march, which began in the plaza by Cafe Borrone and Kepler’s and moved toward the Menlo Park Police Department (MPPD), with an agenda of pushing for reforms of the MPPD.

“Taylor was murdered in her sleep, and the only charge was for the bullets that missed,” said The Hood Squad Founder JT Faraji. “We need a new system. It’s broken. It isn’t working; it has never worked. It only works for those who are rich and who are in power, and we have to do better than that, we can do better than that.”

The march moved along El Camino Real, stopping in intersections for close to 15 minutes on the way to the MPPD. After protesting there, the marchers returned to the plaza. 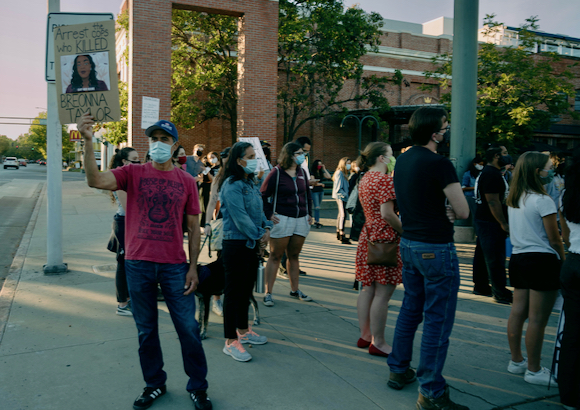