Learn about the Electoral College on October 14 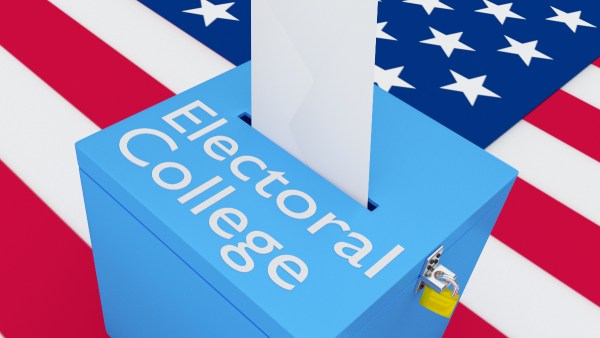 What were the framers of the Constitution thinking when they created the Electoral College, rather than opting for a system of “one person, one vote” to fill the Presidency? Are the concerns they had still relevant today?

In 2016, Hillary Clinton won the popular vote but lost the Electoral College, making Donald Trump the 45th President of the United States. It’s not the first time that the presidency has been decided this way, and it might not be the last.

On Wednesday, October 14, from 6:30 to 7:30 pm, political scientist Melissa R. Michelson, Ph.D. joins the Menlo Park Library to flesh out our knowledge on the system, its history, and its relevance to this year’s election. Register online.

Dr. Michelson is Dean of Arts & Sciences and Professor of Political Science at Menlo College. She is a nationally-recognized expert on Latino politics, voter mobilization experiments, and LGBTQ rights.