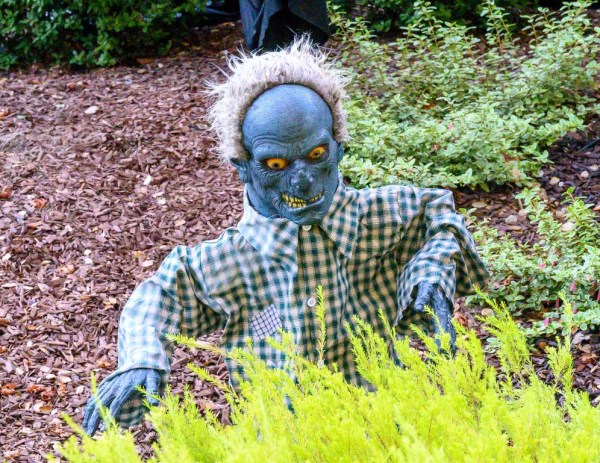 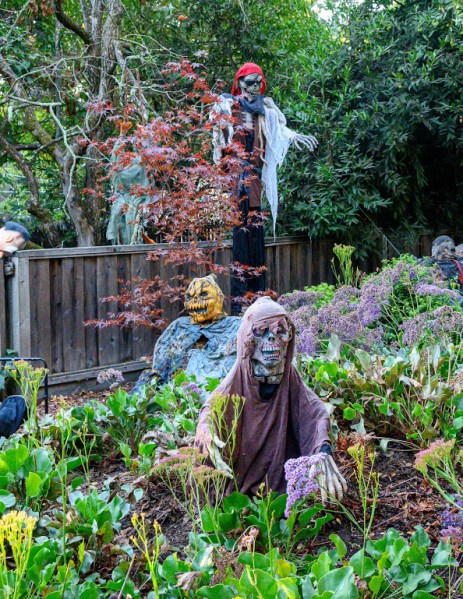 Year after year, the front yard of the Hyde family home on Laurel St. between Glenwood and Encinal is the spookiest in Menlo Park.

Emails Greg Hyde: “I was debating in August about whether it would be insensitive to do Halloween decorations due to the many folks who have lost loved ones during the pandemic.

“We had a family discussion and decided to do it for some sense of normalcy. It was one of our yearly family traditions we felt we should continue.

“This decision was further solidified when two children from Mills Court came by one morning and asked if we were going to do our Halloween decorations. They said they really look forward to them each year.

“We talked for a while about the new plans we had for our decorations, and I know this year was going to be a public service to brighten folks’ day who happen to pass by our yard. 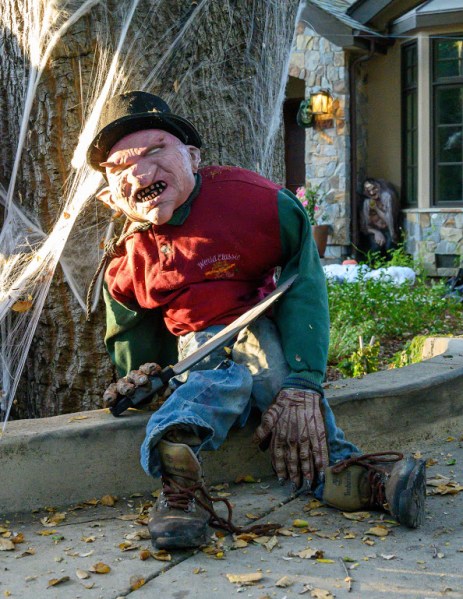 “The following weekend a number of neighborhood children came by and stopped to watch as we were setting up decorations. One boy told me our house is known at Encinal School as ‘the  Halloween House.’

“A lot of folks have stopped by and expressed thanks for continuing to set up our display this year. It keeps the enthusiasm going as the decorations wear out!”

Personal aside: Years and years ago, I was given a full-sized male dummy from a duo at an advertising agency I was working with. I don’t remember the reason, but he became known as “Pete” and would alternate delighting or annoying houseguests who stayed in the room where he resided.

This year Pete got a new role in life – appearing in the Hyde front yard! He can be seen below far left with white hair to match his white shirt. 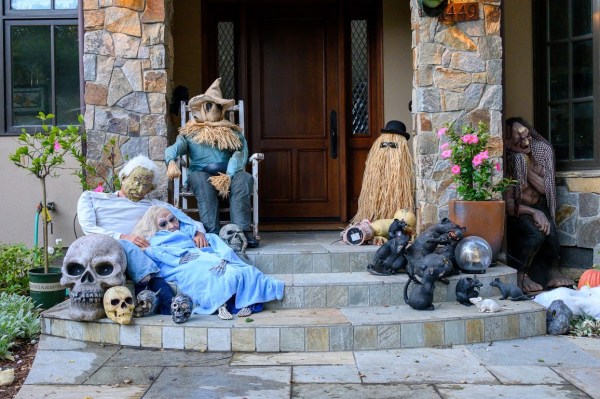 Thanks a million for keeping Halloween alive! All those decorations are also a lot of fun for adults. Thank you!