Lots of imagination in evidence at Ladera’s first Halloween parade 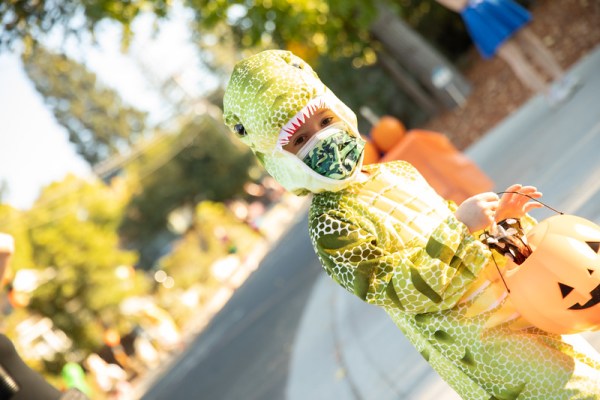 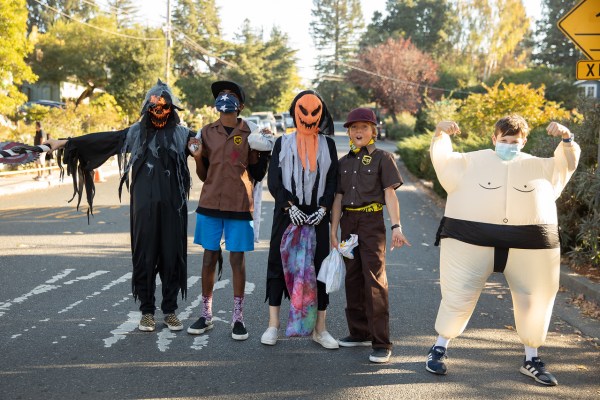 The parade started at the “T” intersection at La Mesa and La Cuesta, turned left on Erica Way and followed the loop back up to La Mesa, all in a one-way direction. 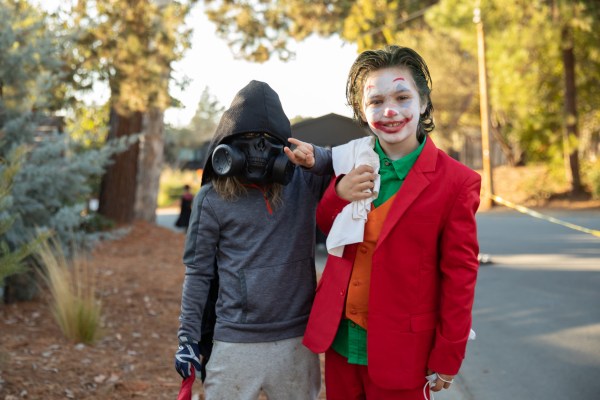 There was no house-to-house trick or treating, but there were decorated tables along the with residents passing out candy at a distance with tongs. 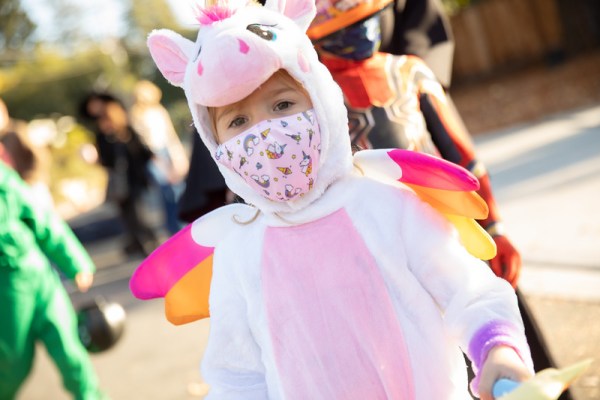 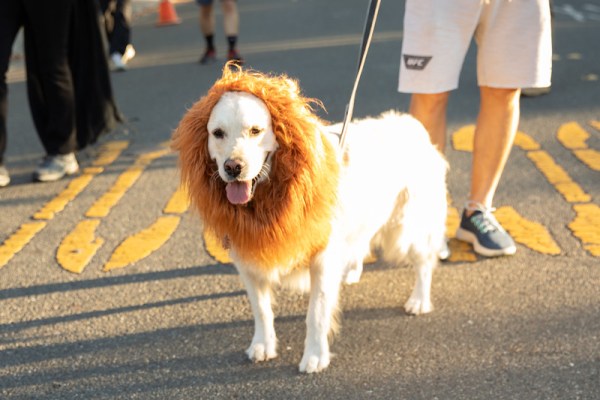 I love to see dogs in costumes! Everyone looks grand in these photos. So glad you could celebrate Halloween despite the pandemic…