Raging Grannies rally to protect the vote in upcoming election 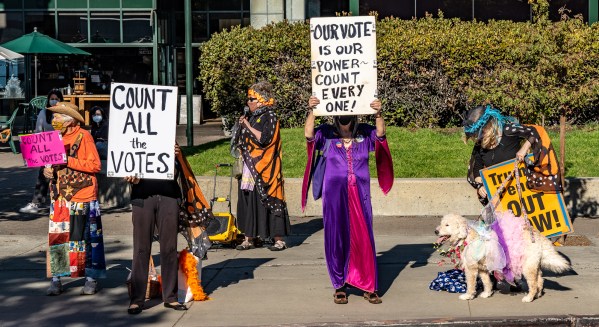 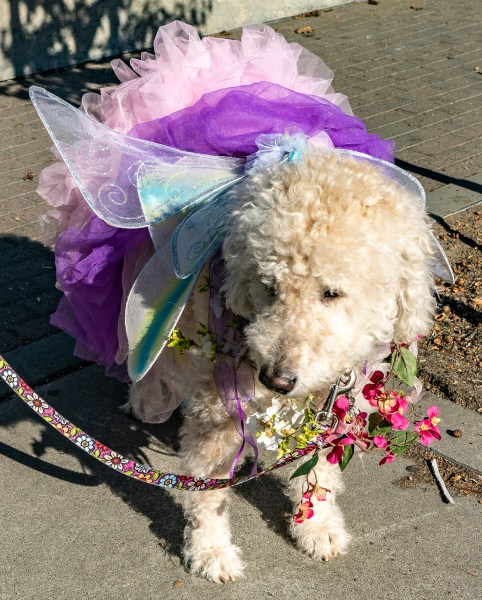 On October 31, a dozen Raging Grannies were joined by fellow activists in Menlo Park, all calling for a peaceful transition of the presidency in the event Biden wins the election.

Grannies wore orange and black butterfly wings and performed the Dance of Peace while other demonstrators wore various costumes. A dog named Buttercup joined them, adorned with  whimsical wings and tutu.

They held signs and waved as supporters, including a caravan of voting rights activists, drove by the block of El Camino between Ravenswood and Santa Cruz honking.

The Grannies said that there will be mass mobilization on November 4 if  there is interference with the election. Demonstration locations can be found online.

http://www.protecttheresults.com to find a location near you for November 4 mobilization