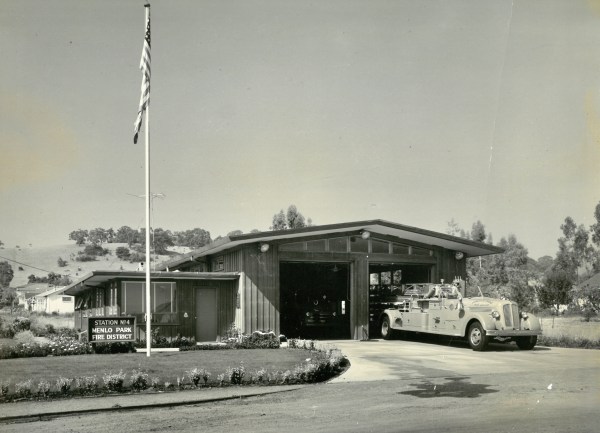 At its December 2020 meeting, the Menlo Park Fire District Board authorized  Fire Chief Harold Fire Schapelhouman to replace the 71-year-old facility located at 3322 Alameda De Las Pulgas with a new facility. Station No. 4 was built in 1949 and is outdated.

The new 13,200 square foot facility will feature a modern two-story, three-bay drive through structure with 10 bedrooms, space for up to four response units (including a Tillered Ladder Truck), a backup emergency power generator, and a new revolutionary Drone Aerial Port. 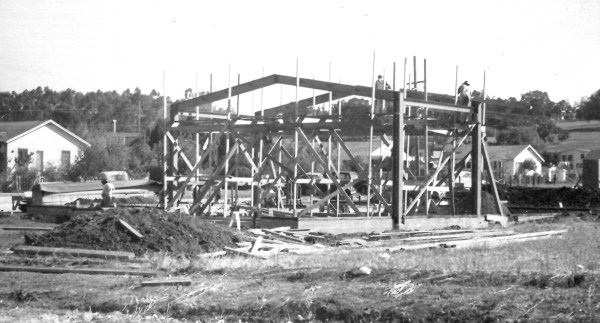 Fire Station 4 serves one of the largest and most unique areas in the Fire District. 37% of its response area is located in the Town of Atherton (upper Atherton), 44%, is in the City of Menlo Park (Sharon Heights), 18% is in the unincorporated county areas including west Menlo Park, the Sequoia Tract, Stanford Weekend Acres and one square mile of Stanford land that includes the SLAC National Accelerator and Laboratory, which is on contract for Fire and Emergency Services.

“The new facility is going to be amazing and a huge improvement, but I’m going to miss the old station and the great memories I had working there,” emailed the Chief.  “This will be my sixth Fire Station rebuild out of seven Stations over a 40 year career. We are working on Fire Station 1 next!” 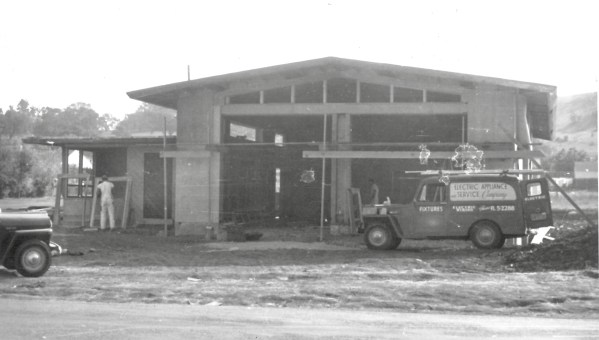 A study was conducted to confirm that Fire Station No. 4 was still in an ideal location, and in March of 2018 the Fire Board authorized the Chief to purchase of the adjacent property at 2110 Valparaiso Avenue.

“The property was strategically located behind the existing Fire Station and provided the added space necessary to properly re-build a modern drive thru Fire facility,” said Fire Chief Schapelhouman.

The Fire District used the same practice in 2008 when it purchased a residential lot and home behind its Fire Station No. 6 located in downtown Menlo Park. The house will temporarily be used to house the Fire Crew and Fire Engine, while the new Station is being built. Then, it will be torn down to provide access for the drive through capability and employee parking for the new Station.

Chief Schapelhouman was good enough to email InMenlo some photos of Station No. 4’s construction and how it looked when it opened. Current residents of the area may be surprised at all the vacant land behind it!