Recalling the live Nativity scene at Fremont Park 70 years ago 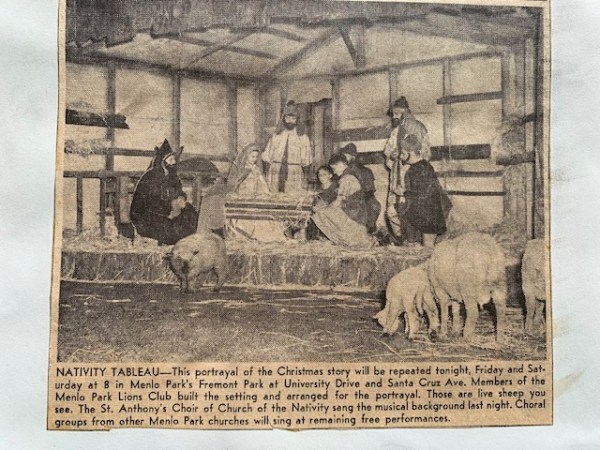 Lions Club member Jim Bigelow was good enough to pull out the Club’s scrapbooks and photograph some press clippings and photos. 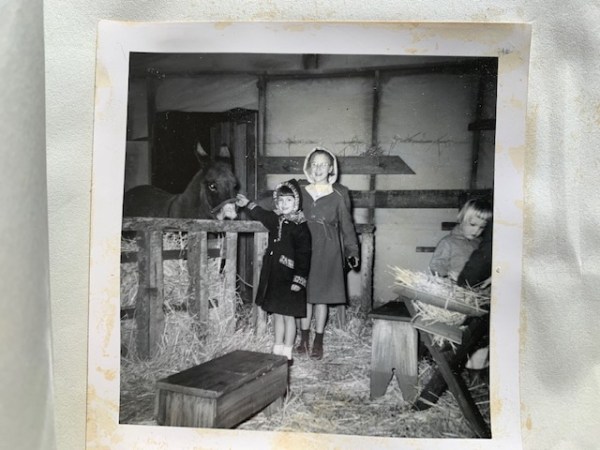 A newspaper article dated Dec. 20, 1950 reads: “A colorful Nativity pageant, arranged by the Menlo Park Lions and featuring choral groups from four Menlo Park churches, will be presented nightly at 8:00 Wednesday through Saturday at Fremont Park at Santa Cruz Ave. and University Drive.

“Lions has built and lighted the detailed scene and will enact events of the Nativity each night while a narrator reads the Christmas story as told by St. Luke, and the choruses provide a musical background.” 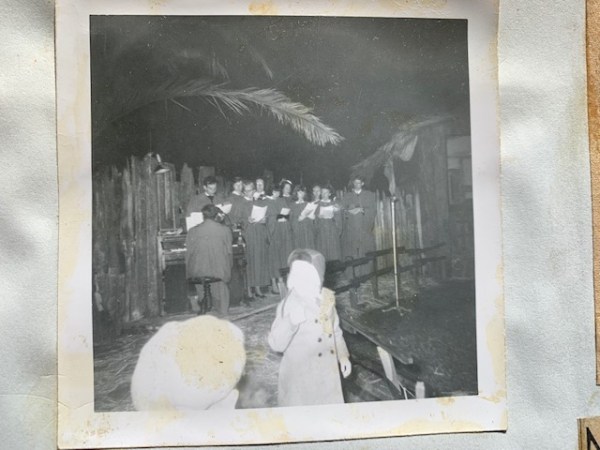 The article concludes: “In the stable scene, there will be live animals, including sheep and a pair of donkeys rounded up the the Lions. The scene was built and will be portrayed by members of the Club as a gift to churches of the community.” 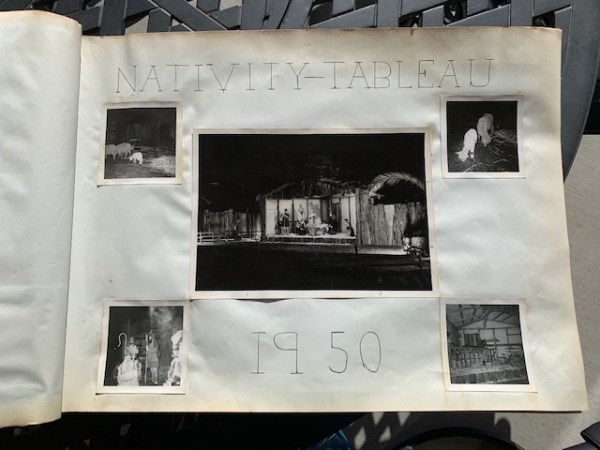 Quite something, huh? But back to the original question: Does anyone remember the not live Nativity scene that followed this earlier enactment?

I definitely recall the Nativity creche setup at Fremont Park in the 1960s. I never knew anything about it, but it was a reliable part of my childhood — like Santa’s Village.