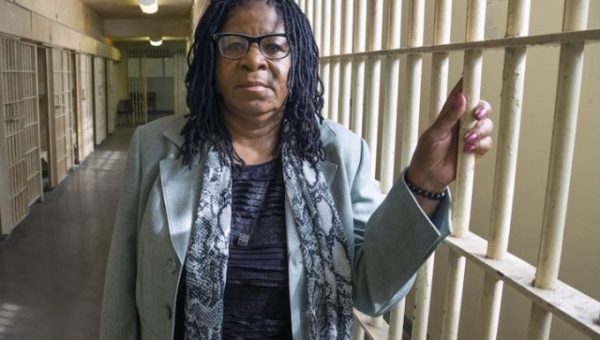 From tragedy to addiction and incarceration, and finally release and recovery, Susan Burton is recognized as one of the New Civil Rights Leaders. Meet her and hear her story on Monday, January 25 at 5:00 pm. Register online.

After a childhood filled with abuse, Burton’s world finally fallen apart when her five-year-old son was run over and killed. Not knowing where to turn or how to manage her grief, Susan self-medicated and spiraled into addiction.

During the War on Drugs, Burton was arrested and would cycle in and out of prison for more than 15 years. Once she received treatment, her political awakening began and she became a powerful advocate for a more humane justice system. Her award-winning organization, A New Way of Life, has transformed the lives of more than one thousand formerly incarcerated women and is an international model for a less punitive and more effective approach to rehabilitation and reentry.

Ms. Burton has received the prestigious Citizen Activist Award from the Harvard Kennedy School of Law, and in 2015, on the 50th Anniversary of Selma and the Voting Rights Act, she was named by the Los Angeles Times as one of eighteen New Civil Rights Leaders in the nation.

This event is one in a series being presented in tandem with Menlo Park Library’s virtual exhibition: Stitching California: Fiber Artists Interpret the State’s People, Life, and Land, on view from Jan. 4 through Feb. 15, 2021.