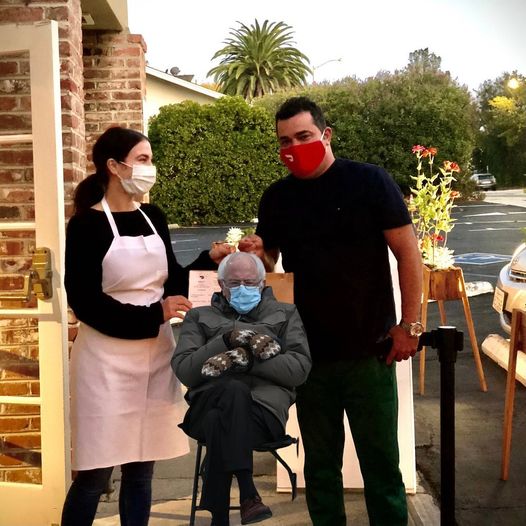 The Bernie Sanders meme that’s taking the internet by storm has landed (so to speak) in Menlo Park at Flea Street Cafe which urges patrons “to always remove mittens before dining.”

According to NBC News’ Garrett Haake, Sanders joked of the meme-related attention he has gotten: “It makes people aware that we make good mittens in Vermont.”