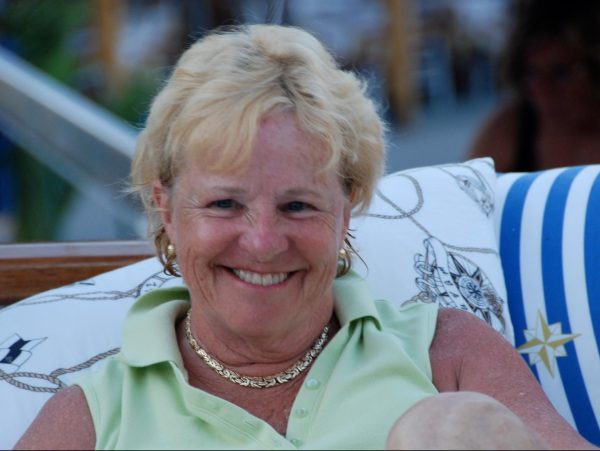 Katherine’s 40-year career in Bay Area public affairs was founded on a commitment to collaboration among business, government and community.

Katherine was Executive Manager of External Affairs for BART, Manager of Public Affairs for Lockheed Martin, and worked at the Bay Area Council. She also was a member of the California Transportation Commission.

She was a longtime supporter of the Commonwealth Club, serving on its Silicon Valley Advisory Board and embracing its mission of education and connectivity to policy makers and intellects.

Katherine was born in Oakland, graduated from Skyline High School, earned a degree in economics and sociology from UC Berkeley in 1977, and earned a master’s degree in communications research from Stanford University in 1979. She was a graduate of the 1979 Coro Women’s Program.

She is survived by her husband, Bill Dempsey, whom she met when they were involved in California environmental issues and Bill was at The Nature Conservancy. Her many friends, family and colleagues will miss her. 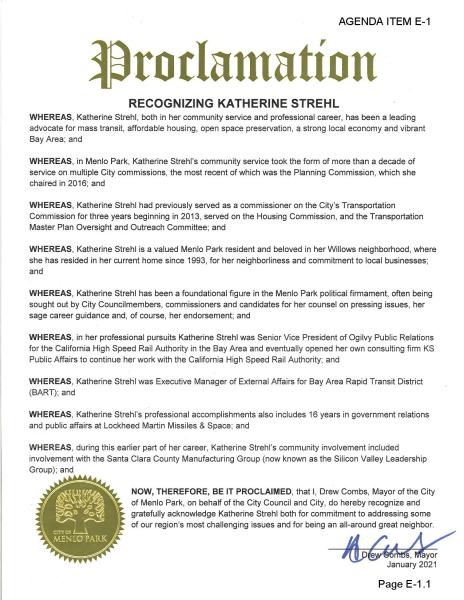 Katherine was a community star!

We will miss her thoughtful contributions and her warm smile.

Katherine fiercely loved and supported Menlo Park and was a true treasure for not only the entire city but her own community here in the Willows. She will be missed in so many ways.

Very sad news. Katherine was a dedicated public servant and a very nice person. She did so much for Menlo Park.
We used to have great conversations when we would run into each other at Cafe Zoe.