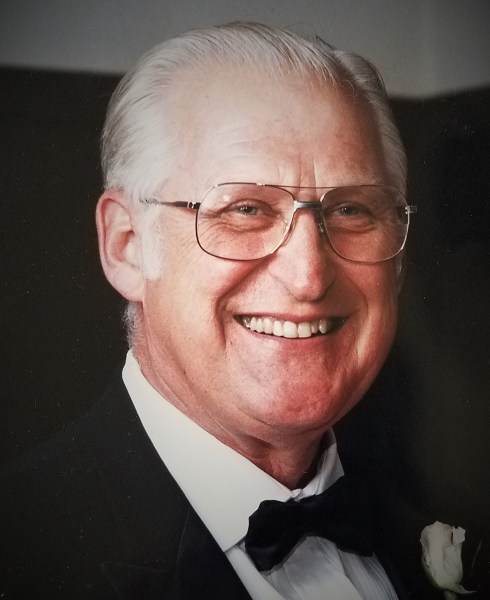 Born in 1923 in West Point, Nebraska, Charles (also known as C.J. by friends and colleagues) moved to Lincoln Nebraska at age 14. He graduated from Lincoln High School and went on to earn his Ph.D. in Physics and Mathematics from the University of Nebraska while studying under theoretical physicist, Professor Ted Jorgensen.

A veteran, Charles served in the United States Army Air Corp. 94th bomb group at Bury St. Edmonds from October 1944 to March 1945. As 1st Lt. combat pilot, he and his crew were assigned 35 missions over Germany in their “Lady Luck” B17 Flying Fortress. Total Combat time: 286:30 hours. Despite being shot down twice, they returned safely to base and were blessed to not have sustained any injuries. Charles returned to the United States on the HMS Queen Elizabeth on April 14, 1945. Through the years Charles organized reunions with his crew until 2013.

After the war he married his high school sweetheart, Jean (Day) from Lincoln. Upon completion of his Ph.D., they moved with their two young daughters to Los Altos in 1954 and accepted a position as a physicist in the Chemical Physics Department at SRI in Menlo Park. In 1962 he became head of the Molecular Physics Department. 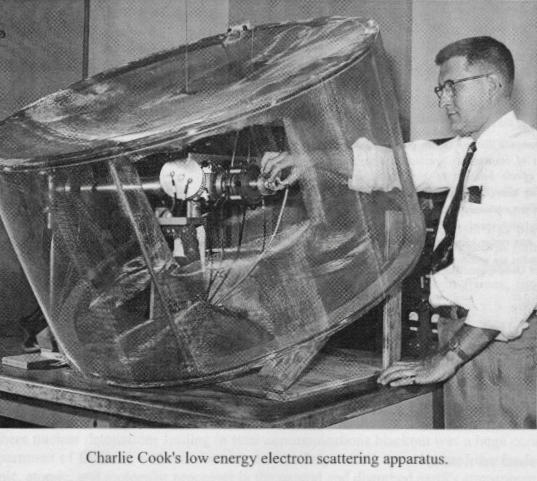 That same year he accepted a one-year fellowship at the famous Applied Mathematics Department, Queens University, Belfast, Northern Ireland. After his term he returned to Los Altos and SRI. In 1968 he completed the Advanced Management Program at Harvard Business School.

Through increased responsibilities at SRI, he rose to Senior Vice President, office of the President. He retired from SRI in 1981. In 1998 Charles was inducted into the SRI International Alumni Association Hall of Fame. Among his legacies to SRI is the Molecular Physics Laboratory, which ultimately gained international renown and has retained that stature today.

Charles went on to join Bechtel in San Francisco from 1981-1987 where he established seven new business lines for Bechtel and its clients.

Charles’ interest in education led him from teaching at Foothill and San Jose City Colleges to Shanghai University. In 1963 he was elected to the Board of Trustees, Los Altos Schools, serving as President from 1965-1968.

In retirement, Charles spent a decade as volunteer Executive and Board member of Executive Service Corps Assist which took he and Jean to interesting assignments in China, Czechoslovakia (Slovakia), and other parts of the world. He continued to be active in many organizations including SIRS and Score.

Charles loved music and played the tuba and trumpet. During his years at SRI he founded “The Institootors”, a musical group of scientists who played frequently for band blows in members’ homes, SRI, and throughout the community. He later joined the Los Altos Ye Ole’ Towne Band and enjoyed many years playing concerts at Shoup Park.

Flying was his lifelong passion. He was a founding member of the SRI flying club and flew hundreds of hours in his Beechcraft Debonaire. For many years he volunteered for Angel Flight providing non-emergency air travel for children and adults with serious medical conditions.

It’s hard to imagine he had time for hobbies, but the art of Chinese cooking was one. He loved to entertain and serve his exquisitely prepared meals. But that’s not all! He was internationally known for his BBQ Pig Roasts held in honor of the Fourth of July in his backyard.

Next to his wife and family, Charles had a special passion for his beloved home in the Dominican Republic. He loved scuba diving, deep sea fishing, entertaining, and supporting more than two generations of families in a little mountain village.

Charles and his wife Jean were founding members of Foothills Congregational Church in Los Altos. Due to Covid-19 restrictions, there are no plans at this time for a celebration of life.

Charles lived a full and complete life beyond what most can imagine. In lieu of flowers, the family suggests that contributions be made to honorflightbayarea.org, or angelflightwest.org.

I have known Charlie and his family for more than 50 years and worked with him at SRI. He was a friend and mentor and always a lot of fun and inspiration. He was a consummate scientist, always interested in why and how, and he had a great sense of humor. He and his wife Jean and their daughters welcomed me into their home when I knew no one in California. He lived a great life and I wll miss him dearly.