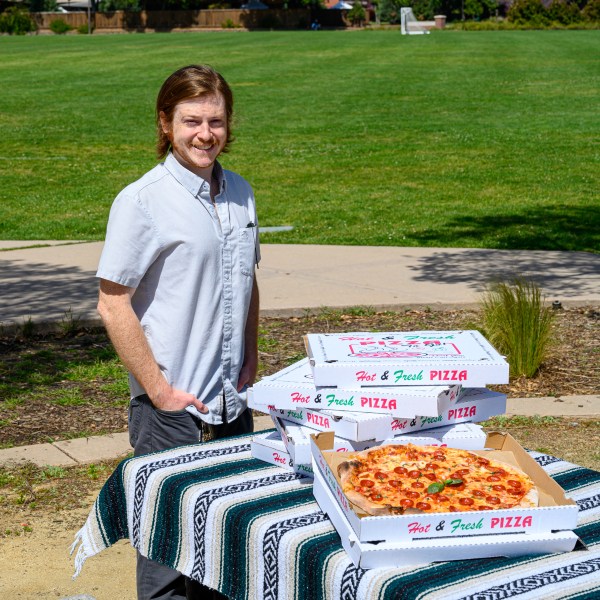 When Atherton resident Matt Burr was laid off from his job as creative director at a small apparel company in February, he found cooking offered a good distraction.

He posted on Next-door as the “neighborhood pizza guy” and couldn’t believe the response. “I sold out for April just a few days after the posting.”

“My kitchen is tiny, just under 100 square feet, so capacity is no more than eight pizzas a day,” he says. He sells the pies at a “suggested donation” of $18, admitting he hasn’t actually figured out when his costs are.

What he’s found as most fulfilling is the outreach and support from the community. “I moved here from Eugene in 2018, so I didn’t know a lot of people,” he says. “This has been a great way to meet people.”

Matt says he’s likely to open May order on May 2 or 3, for pick up beginning on the 8th. He’s hoping to setup an  online order form as well as secure a larger cooking space. “I feel big things coming,” he says.

Matt can be reached via email: neighborhoodpizzaguy@gmail.com.

You go Matt! Looking forward to meeting you!