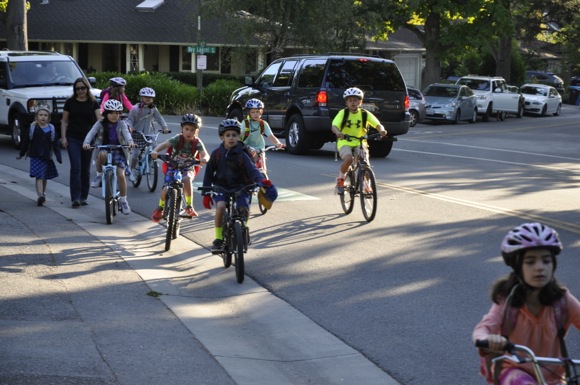 The City of Menlo Park has collected 173 responses to its survey on walking and biking safety near schools. During two upcoming community meetings, the Safe Routes to School team will present the survey data and participants will be able to discuss the issues and potential community-led solutions in breakout sessions.

The survey, completed during April and May, identified the top three challenges as driver behavior (29%), sidewalks (27%) and street crossings and intersections (25%).

The Safe Routes to School team has analyzed the data collected through the survey and identified “corridors” where issues are concentrated and which jurisdiction is in charge. Among those corridors are Santa Cruz Avenue, Encinal Avenue, Laurel Street, Valparaiso Avenue, Ringwood Avenue, Middlefield Avenue, Bay Road and Coleman Avenue.

I wonder who the survey went out to? As a resident of Menlo Park I certainly did not receive it. 173 responses seems very low. Maybe it was selectively sent to people whose concerns match their own?

I didn’t receive the survey either. Makes one wonder.