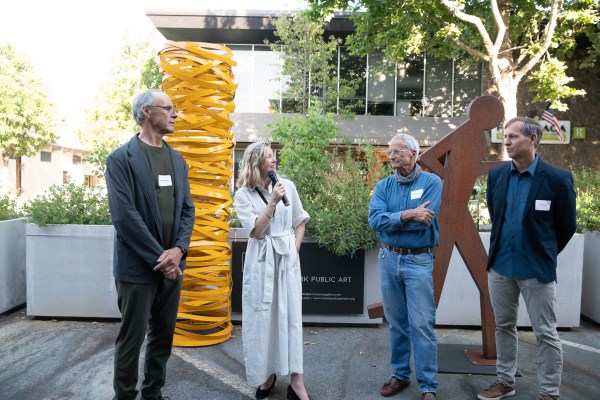 The exhibit, The Torch Is Burning, opened last night at Art Ventures Gallery in downtown Menlo Park with the three photographs (pictured top left to right—with gallery owner Katharina Powers—David Madison, David Burnett and John Todd) all in attendance. They each chose a photograph from the exhibit to talk about how it came to be. 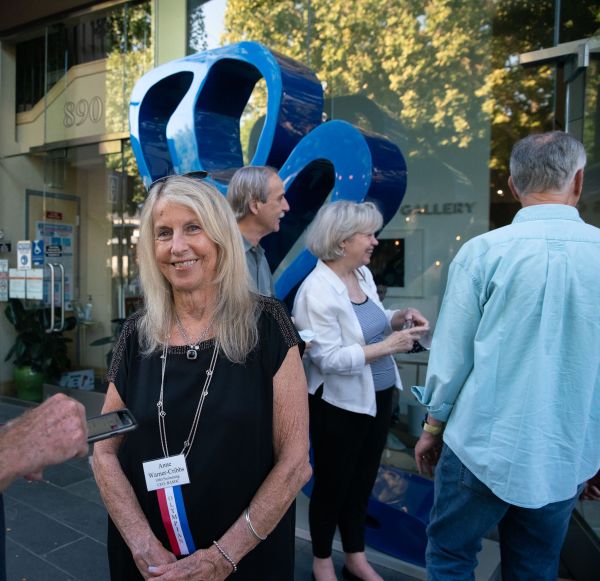 And what would be exhibit of Olympic photographers without an Olympian in attendance? Olympic swimmer Anne Cribbs (pictured above) filled those shoes having participated at the XVII Olympiad held in Rome in 1960. Coincidentally, she’s John Todd’s mother!

The happy attendees spilled into the street in front of the gallery. Just a few short days after the lifting of pandemic restrictions, it felt like Menlo Park’s unofficial coming out party!

A Torch Is Burning will be on display until July 31; the gallery is located at 888 Santa Cruz Avenue.