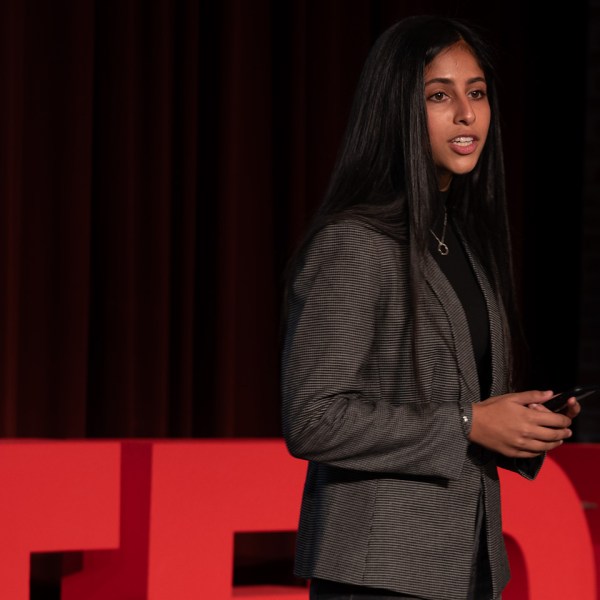 Harsimran Chohan, who just completed her junior year at Sacred Heart Preparatory (SHP), took part in the school’s three-part virtual TEDxSacredHeartSchoolsAtherton, speaking about the importance of financial literacy for young adults. When she posted the video on her newly-created LinkedIn page, she didn’t anticipate the traction it would gain.

“When I initially took on the TEDx project, my goal was to make some sort of impact on my community, but I never expected it to grow to this level,” said Chohan.

The video was reposted by Derrick Wesley, founder of iMar Learning Solutions, an organization that develops tools for financial literacy education; soon, Chohan was being contacted by numerous media outlets seeking her as a writer and podcaster.

She was hired to write for Sammy Rabbit, an organization that educates children and teens on financial literacy, and she plans to post on a weekly basis this summer.

Cohan is also in the process of recording podcasts for three different media outlets: Paperwork, CentsAble Chat, and Tip Jar.

“This experience reminded me how much power a young voice can carry… at the end of the day, I am just grateful to all the people who have watched the talk, because that alone means my passion and message is shared,” she said.

How did Chohan’s interest in financial literacy begin? During an economics course by Greg Roig, SHP social science teacher, in which a challenge was posed for students: take an eight-week personal finance course from Stanford University’s Summer Economics Institute, and distill it to fit into a two-week unit.

“As I began to condense the course, I realized how much I didn’t know about finance,” said Chohan. “This was further emphasized as I began to experience certain milestones such as buying my first car, as highlighted in my TEDx Talk, and starting my first paid job.”

“[Harsimran] shares my belief in the power of teaching financial literacy to young people, and I have been lucky to work with her the past few years,” said Roig. “Her Tedx Talk at SHP helped launch what will be many incredible opportunities in her future. In a year where many kids were just trying to get through, she broke through.”

In Roig’s class, 80 percent of students surveyed thought that the two-week personal finance unit was the most helpful.

“Small things like understanding how to budget, the impact of a credit score, or how to invest can make a huge difference in one’s financial future,” said Chohan.

And after a year that saw political upheaval and social movements taking place against the backdrop of a global pandemic, Chohan felt compelled to “tie my passion into current events.” She delivered a follow-up TEDx Talk in the third and final event at SHS in April “centered around personal finance and minority populations, and how [being financially literate] is truly the great equalizer.”