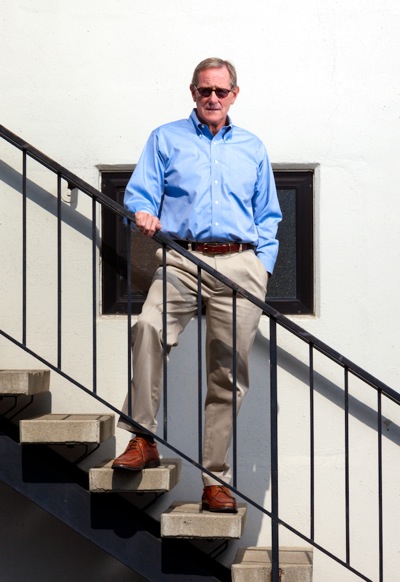 You may have seen Atherton resident Tod Spieker on NBC Bay Area earlier this week. The station sent a TV crew to chat with him in his backyard where he has a 25-yard pool complete with racing flags and a timing clock.

At the suggestion of a neighbor who is a former Stanford swimming coach, it was in that pool that Olympians Katie Ledecky and Simone Manuel trained for three months in 2020 when other pools in the area were closed.

“We were hearing stories about people training, and it was horrible,” Tod told the station.

“It sure adds a huge extra interest level when you know they trained right here in a little backyard pool.”

An outstanding swimmer at Menlo-Atherton High School and UCLA, and later in masters’ age-group competition, Tod has had a major impact philanthropically on aquatics locally—he funded the pool at M-A—and nationally—the UCLA pool also bears his name. Tod talked about the impact swimming has had on his life when we profiled him in 2012. 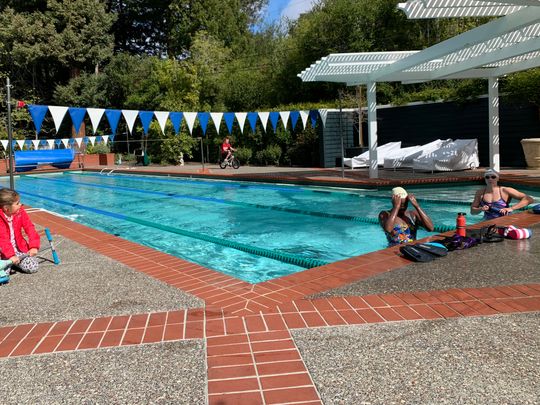 At a press conference after winning the Olympic gold medal in the women’s 800m free swimming event in Tokyo today, Katie acknowledged the boost swimming in the Spieker backyard pool gave her.

“They’ve been texting me and sending me videos and pictures of them [watching],” Katie said Saturday about Tod and his wife Cathy. “They’re a big part of helping me get here, and there are so many of those kinds of stories, I think, of people that had that kind of support over this past year.”

“It’s just such a great family and [I] really appreciate their support … they’ve been kind of like family to me,” Ledecky continued, “and really a big part of my swimming career now.”