Did “big blue” kick “snowy” out of the pond at Sharon Park? 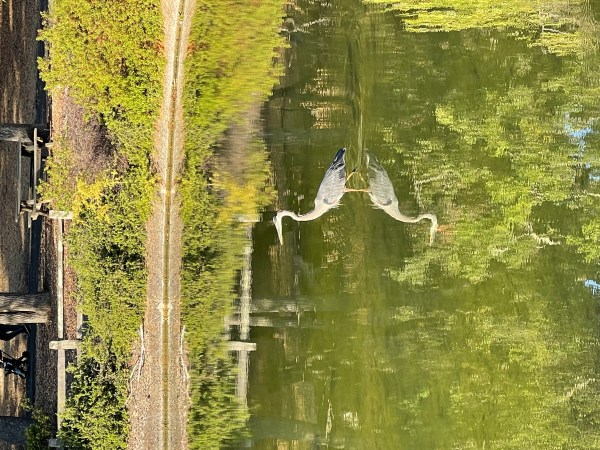 We walked around Sharon Pond earlier this week and were disappointed to discover the snowy egret was no longer in residence, which has been the case at least since May.

InMenlo co-founder Scott Loftesness walks the pond most days and said he’d spotted a new grey bird, which we’re pretty sure is a great blue heron. We wondered: Had the bigger heron pushed out the smaller bird?

Here’s some information we found online in a long ago issue of Bay Nature: “There are six heron species in the San Francisco Bay Area: great blue heron, great egret, snowy egret, cattle egret, green-backed heron, and black-crowned night heron…[they] are, formidable predators, and, as is usually the case with top predators, they lead mostly solitary lives.

“Herons often gather in groups, roosting and feeding in proximity to each other, but at the same time maintain a strict and definite zone of personal territory: Woe to the neighbor who breaches this space.” 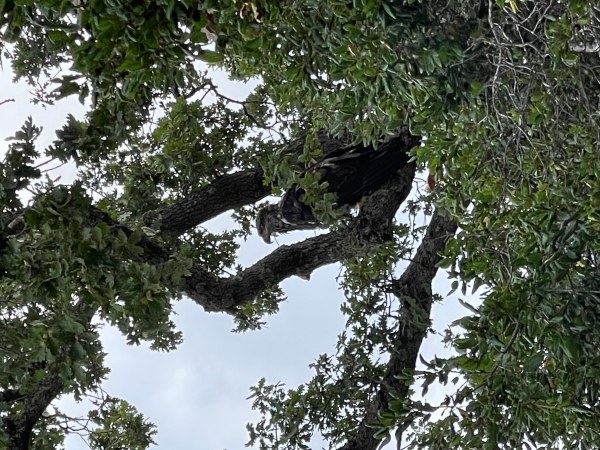 Alas, that doesn’t exactly answer the question: Is the pond small enough to be personal territory?

Meanwhile, Scott was walking the pond again today when he and some fellow walkers spotted what they thought might be an eagle in a tree. We called on birder Rick Morris who agreed that it could be an eagle but is more likely a red-tailed hawk given that there is a nest nearby.