Is Peninsula School haunted by the ghost of Carmelita? 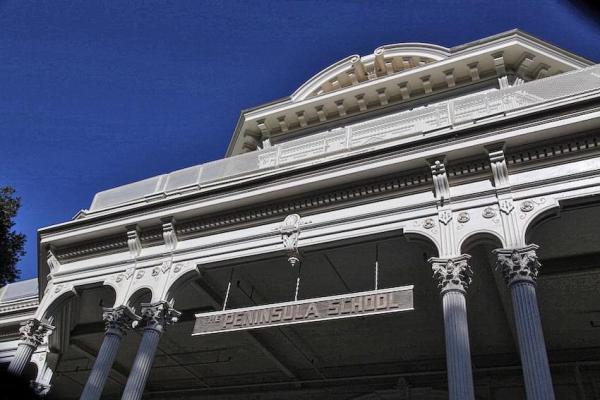 Today is officially the Day of the Dead, so according to Haunted Houses: “Described as being a thin woman that appears shimmering green, she likes to use the attic area [at Peninsula School] as her private space, as it isn’t used much by the living.

“There are 50 years of stories told by children and adults of seeing an apparition of a thin woman dressed in green, of shimmering lights and of unexplained footsteps, which have continued to this day.

“A former director thinks this resident ghost likes the children and staff, and is a kindly presence in the school, as she likes to appear a lot and has never hurt anybody at the school.”

Read all about Carmalita and the Coleman Mansion [now Peninsula School] here.