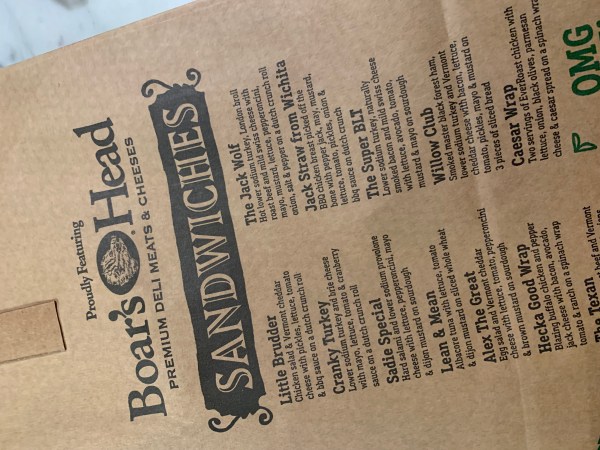 Alison Leopold emails: “The Willows Market has become a neighborhood fixture in the Willows. We now live in Menlo Oaks, but we started out in the Willows and many of our best friends are still over there.

“I popped into the market the other day and realized when I got home that Nick (the owner) has now printed their sandwich menu on their bags (it’s also up at the deli counter).

On that menu is a sandwich, the “Jack Wolf,” which is named after an awesome young man who is now twenty-something and in grad school, but back in high school at Menlo-Atherton he frequented the Willows Market deli to stay fueled for lots of lacrosse and surfing. So much so that Nick took his special order sandwich and added it to the menu!”

The Willows Market, known for its huge selection of beer, is located at 60 Middlefield Avenue.