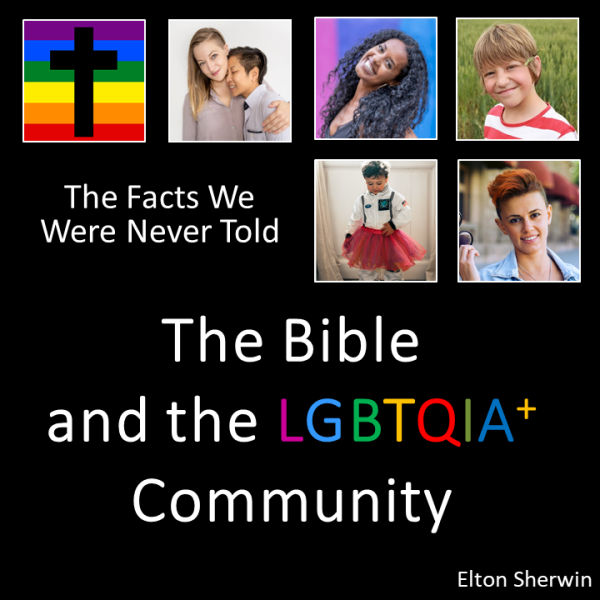 In the 1970s my mother — a devout Catholic of the Dorothy Day/Catholic Worker bent — shared with me the Catholic Theological Society of America’s Interim Study of Human Sexuality. Written by five American Catholic theologians, it was never approved but it is a treasure trove of pre-Internet research on human sexuality.

I knew from this report that some Catholic theologians did not agree with the oft-repeated mantra: The Bible condemns homosexuality.

Fast forward to the early 2000s. I had left the Catholic Church and was attending an evangelical “mega church.” I was also a discussion leader in a large, conservative, international Bible study. I went to one of their regional leadership conferences and was stunned at the homophobic vitriol that I heard.

So, I went on the Web looking to see if there was any research that backed up the liberal Catholic claim that the Bible did not condemn homosexuality. I found a number of well written articles that laid out this case and I wrote a two-page letter to my Bible study’s leadership arguing that the biblical case against homosexuality was very murky. And given the shaky and disputed nature of the claim, “the Bible condemns all homosexuality,” we should stop teaching this.  It was certainly not central to Christian doctrine or salvation.

Then, when I retired, I looked at this issue again. We were having conversations with our own adult children about our reservations about some of the things they had heard growing up in an evangelical “mega church” and attending various Christian summer camps.

I spent the better portion of a year developing a three-part curriculum for high school students and young adults on the Bible and homosexuality.

I was partially motivated by the research that showed that church attendance benefits children —improving grades, reducing drug use, etc. Virtually every measure of well-being seemed to be improved by church attendance for children.

The fate of LGBTQIA+ children and young adults is so troubling. When I read the stories of young gay Christians on Twitter and elsewhere it is heartbreaking.

As we started to come out of the pandemic — and my stroke and my hip replacements were behind me — it felt like a good time to try my hand at turning my research into podcasts. I decided to use conservative Bible study techniques, going through the relevant Bible scriptures line-by-line.

In these podcasts I show how very shaky and very muddled the Biblical case against homosexuality is. The verses, today called the “clobber verses,” do not condemn consensual same-sex relationships. Rather they condemn abusive sexual practices illegal today.

As I was doing research for these podcasts, another surprise was the LGBTQIA+ affirming Bible passages. In some places the Bible celebrates and honors sexual minorities, promising them a unique and elevated place in God’s kingdom.

If these podcasts can give one LGBTQIA+ child hope — or prevent one suicide — they will have been worth the effort.

In Menlo first profiled Menlo Park resident Elton Sherwin in 2010 about his book Addicted to Energy.