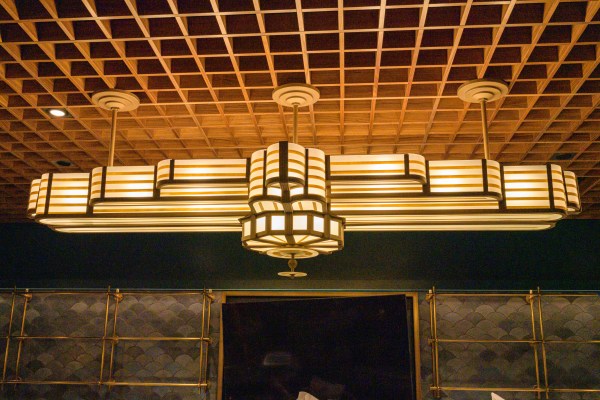 Like the Guild sign that once again graces El Camino Real in Menlo Park, there’s a little bit of the old inside the new Guild Theatre.

Take the light over the bar (photo top). “There were a number of them,” explains Drew Dunlevie, president of the Peninsula Arts Guild, the nonprofit that operates the Guild. “They were across the ceiling and lit with different colored light bulbs giving the appearance that the glass itself was colored.

“Dogfort Lamp Arts in San Francisco did the restoration. And (construction company) Vance Brown pulled a rabbit out of the hat to get it hung.” 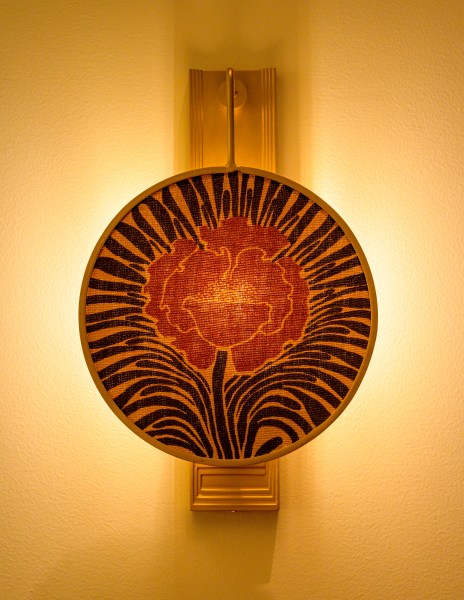 There are also the less visible to the public lights such as the three wall sconces that grace a back set of stairs that lead to the Green Room.

“When we took over the theater, we asked ourselves what could be salvaged, ” says Drew. “The wall paper had been there a long time. We took a swatch of it and used the pattern as design elements of the lights.”

We asked about a chandelier that looks like it’s made up of trumpets.

“Interior designer Ken Fulk, who donated his time for this project, designed this light,” says Drew.

The Guild project has been five years in the making. “It’s been a labor of love and a lot of work,” says Drew. “It’s a product of a whole bunch of people. I’m excited to open the doors and have people hear music.”

The opening act will be Robert Glasper on February 25.  Check the calendar online for other performers to follow (including rescheduled shows by the Samples and Berlin). 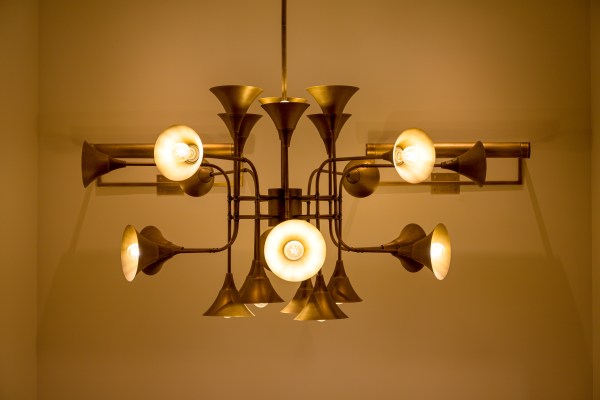 Here’s some information to know before you go:

All patrons must show proof of “full” vaccination to enter the venue. This will be checked at the time of entry.