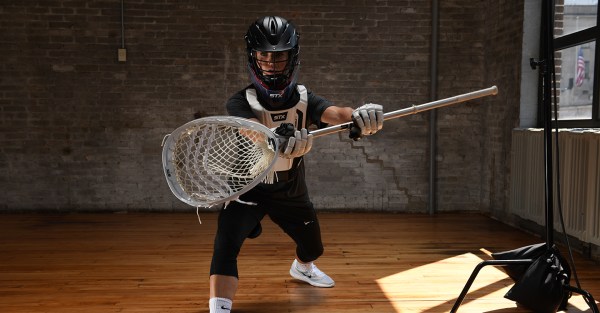 Liz Hogan, a full-time Lower School PE teacher at Sacred Heart Schools in  Atherton has been named to the U.S. Women’s National Team (USWNT) roster to play in this summer’s World Lacrosse Women’s World Championship; she is a goalkeeper for the team.

This is the first senior world championship for Hogan, who joined the USWNT in 2012 and nearly made the final 18-member championship roster twice before. 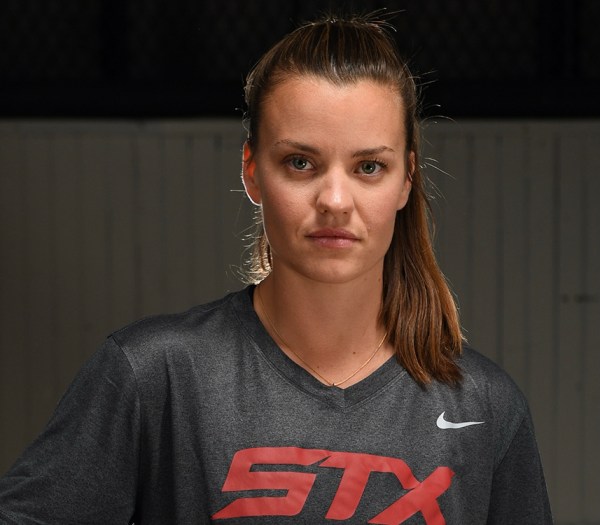 Along with being a PE teacher at SHS, Hogan is the Lower & Middle School (LMS) associate dean of students, a 6th grade advisory teacher, and a coach of five sports across the grades from the LMS to Sacred Heart Preparatory (SHP), including assistant coach of the SHP varsity girls’ lacrosse and the middle school girls’ lacrosse team formed in 2019. She also assists with SHS’s instructor-led training team and with middle school admissions. “I keep busy around these parts,” said Hogan with a laugh.

When asked how she felt hearing the news that she was selected for the team, Hogan replied, “Honestly, it feels pretty surreal. I’ve been working at making this team for almost 14 years now; to finally hear that I made it is pretty wild.”

On top of her teaching career, over the past several years she fits in training with the U.S. Team. Hogan is “one of the best goalkeepers in the world,” U.S. Women’s National Team Assistant Coach Amy Altig told US Lacrosse Magazine, in a December 2020 cover story on Hogan. “She’s never been better,” Altig said. “She makes saves where people are like, ‘She shouldn’t have made that.’ But Liz Hogan makes that.”

At SHS, Hogan squeezes in workouts before teaching and coaching, and makes it a priority to train with teams like Stanford University to stay at the top of her game. “I’m fortunate to also work in a very active department, PE, so my colleagues are always pushing me to get my workouts in. Big shout-out to Temo and Sue! [Temo Barrera, LMS PE teacher, and Sue McDonald, LMS girls’ athletic director.]”

As the assistant varsity lacrosse coach at SHP, Hogan’s experience is something her student-athletes soak up. “I’m admittedly pretty shy about sharing my experiences, but head coach Wendy Kridel doesn’t let me hide too much. I’m truly honored and proud of my accomplishments. I also just love being a part of our students’ dreams.”

“I couldn’t be more proud of Liz Hogan,” said Kridel. “She is a model of resilience, competitiveness, drive, and desire. Liz is a proven leader and is going to do an incredible job in the cage for the U.S. on the way to their next world championship this summer. Girls from all over our country—and for sure from Gator Nation—will be watching and cheering.”

The U.S. has been the most dominant team in women’s world lacrosse championship history since the event was first held in 1982; the U.S. has won eight of 10 world championships.

The 2022 world championship, originally scheduled for 2021 before being delayed due to the global COVID-19 pandemic, will be the first world championship contested in the United States since 2005, when the event was held at the U.S. Naval Academy in Annapolis, Md. A record 30 nations are expected to compete at this summer’s world championship.