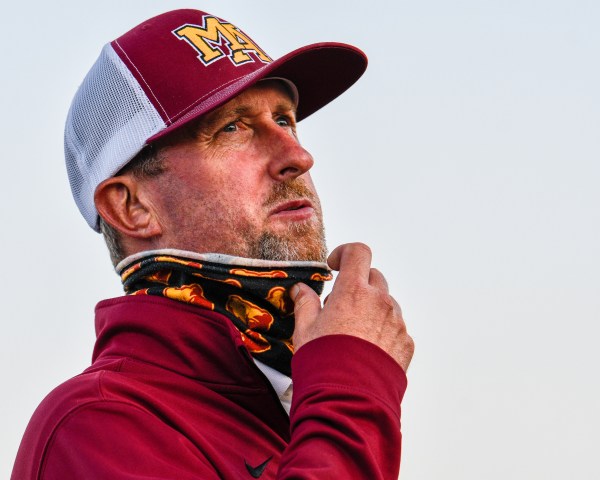 Coach Snow has been a teacher and girls soccer coach at M-A since 2005 and took over as Athletic Director, along with Steven Kryger, in 2011. Over the last 11 years as AD, Menlo-Atherton has earned 158 League, 41 Sectional (CCS), 4 NorCal, and 5 State titles. Paul also serves on the CIF Athletic Directors Advisory Council, the CCS ADAC, and CCS Board of Managers. His service to youth sports goes well beyond the boundaries of Menlo-Atherton High School.

Paul earned his CMAA (Certified Master Athletic Administrator) from the National Interscholastic Athletic Administrators Association in 2019, becoming one of just over 1,000 who hold such a designation in the entire country. He was invited to present at the National AD Conference in 2020 and he has also helped mentor new ADs in the Central Coast Section for the past three years.

Asked for his most memorable moment in his time at Menlo-Atherton, Paul didn’t hesitate to bring up the CCS title that girls soccer won in 2016. That game was played in 50 mph winds with unrelenting rain. M-A trailed Branson 2-0, but the wind favored the Bears in the 2nd half, and they scored 3 goals in the last 10 minutes of the game, and took home the title with a 3-2 victory.

What a great honor!! M-A is lucky to have such a dynamic Athletic Director. Go Bears!