Exhibit of Joseph Zirker’s artwork on display at Café Zoë 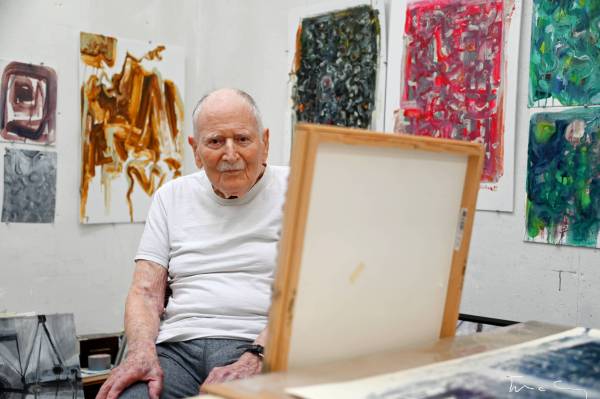 Renowned artist and printmaker Joseph Zirker‘s works on paper and canvas will be on display from now through May 31, 2022 at Café Zoë. Joseph, his daughter, Karen Jo Koonan, and the Café invite you to a reception with wine, cheese, coffee and conversation on Saturday, April 16, from 2:00 – 5:00 pm.

Joseph is an innovator, a prolific and multi-medium artist who has worked as a printmaker, papermaker, painter, and sculptor. He fits right into Silicon Valley as his invention of a unique process called cast acrylic printing was a happy accident. One day in the studio there was a bowl with acrylic paint he needed and he didn’t want to waste the paint. Joseph moved the paint onto some newspaper to use the bowl for another project. The beginning of a new process and the 3D effect was born and later patented.

Today people use Joseph’s patented cast acrylic low relief or bas-relief process internationally. It is documented in his two books. The Cast Acrylic Print: A new approach in the making of monotypes & intaglio prints without pressure and Translucent Transformations: Joseph Zirker: Innovations in Printmaking the Cast Acrylic Print. Based on his method, these manuals allow anyone to create monotypes, monoprints, editable intaglio prints, collages, and 3-dimensional works of art without the use of printing presses.

He has also developed collaged sculptures of wood, foam core, and cardboard. Using copies of his handwritten words and other common materials he creates tabletop-sized sculptures. He is represented in numerous public collections internationally and in his long career, his work has been exhibited extensively. 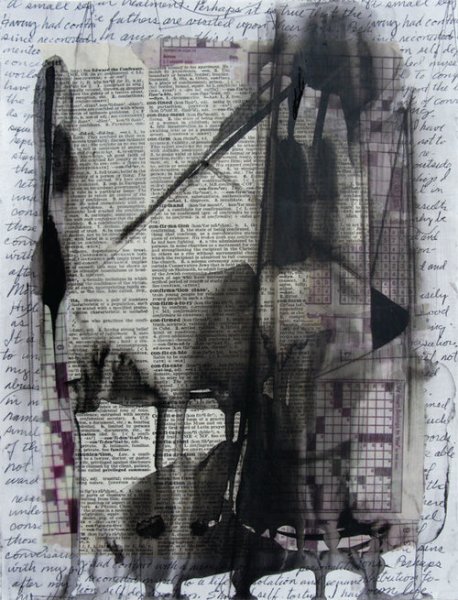 He received his MFA from the University of Southern California, where he later taught printmaking. He has lectured at Stanford University, San Jose City College, and Portland State University. His workshops have been held at Drake University, Rice University, Cooper Union School of the Arts and in several art academies in Belgium and the Netherlands. He is listed in Who’s Who in American Art.

Joseph believes “Art is the garden of social justice, and that includes all mediums in its expression.” He and his late wife built a studio that was featured in Sunset Magazine for its unique and beautiful design in the Willows neighborhood in Menlo Park in the 1970’s.

Joseph, who turns 98 years old in August, has three grandchildren and five great grandchildren, two of them who have been inspired by their grandfather to explore their artistic talents.

Watch a video interview with the artist here.

Café Zoë is located at 1929 Menalto Avenue in Menlo Park. Note: A second reception is planned for May 14.

Bravo.
Most Impressive.
Congratulations.
Wonderful Innovations.
Sending All My Best.