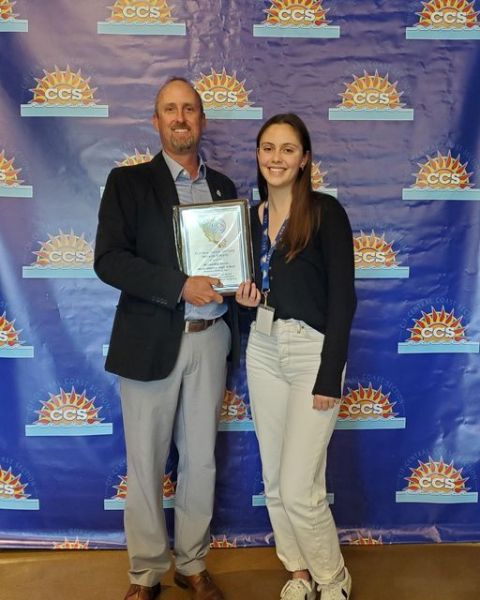 Menlo-Atherton High School senior Ally Shaw was honored as the Peninsula Athletic League Female Scholar-Athlete of the Year by the Central Coast Section of the California Interscholastic Federation.

Ally played lacrosse for four years and was on the cross country team for two years, earning All League honors. Activities and honors include Rotary Club AP Scholar with Distinction, Williams College Book Award, Boys and Girls Club volunteer and participation at the California Coastal Cleanup.

With a GPA of 4.54, she plans to study chemistry and public policy at a yet to be determined college.

“Ally is sensitive and fun, striving to not only teach the game of lacrosse to varying levels of players but also to instill a love of the sports,” said co-Athletic Director Steven Kryger.”She was responsible for running practices, coordinating games with other teams, and creating a fun, lively team environment for 10-year-olds from a variety of schools and backgrounds. A few parents told me how much their daughters fell in love with the sport because of Ally.”