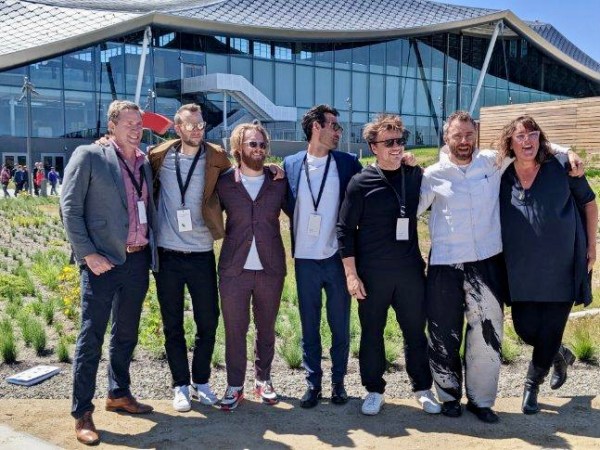 “My wife Stephany and I moved here from London about four years ago so I could see through the design and construction of the project. I’m originally from Alexandria, Virginia but moved to London after grad school in 2007.

“We liked it so much in California that we decided to buy a house in the Willows. I continue to work for the studio and am helping lead a large project for Google’s new San Jose Downtown West district amongst other new projects in the region. 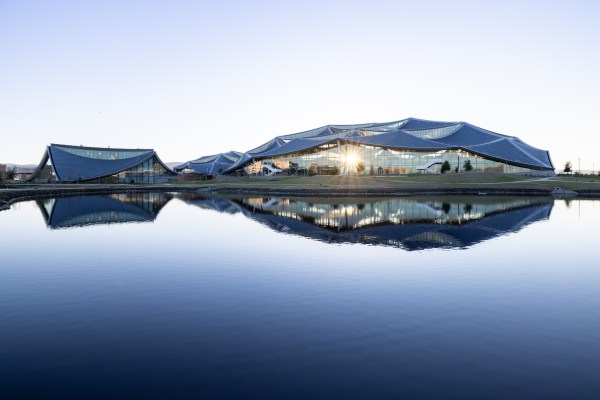 “My other big project — or I should say projects — are my daughter Audrey and identical twin girls — Jackie and Ellie — who recently arrived. Thankfully they held off long enough I could attend he opening of Google Bay View (photo top, Chris is on the far left).”

For those coming into the office, it was designed to balance employees’ desire to come together as teams with the need for an environment that enables deep-focused work. 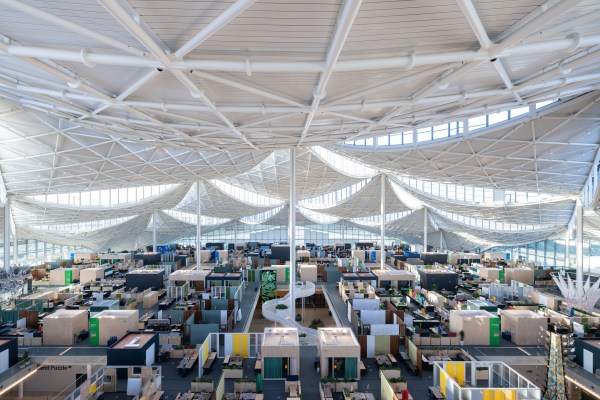 Chris said the iconic hangers at Moffett Field were part of the design’s impetus. “The scale is like a sports arena, putting an office inside of that.

“[Google founder] Larry Page came to Heatherwick saying he envisioned these domes that underneath he could shuffle this kind of city inside.

“It was a real privilege to be part of the design and construction project.”