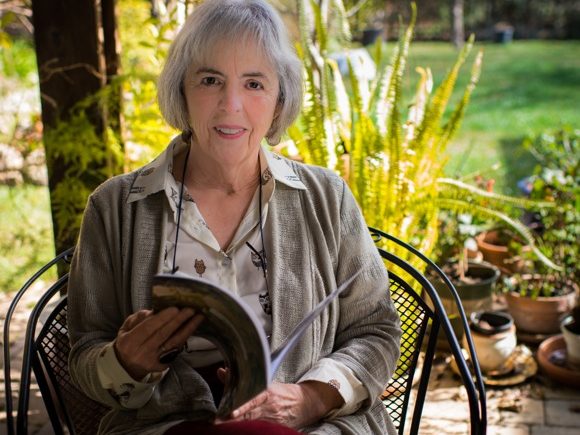 –Miah Cervillo, 11 years old, her eyes large behind her glasses, her shirt emblazoned with yellow sunflowers and the words “Live in the Sun,” stood before cameras and described the scene.

and made eye contact with a gunman in the hallway.

How she told the class to hide, and they hid

behind the teacher’s desk or the pile of backpacks.

How the gunman went to an adjoining classroom and came

into hers.  How he told her teacher Goodnight

and shot her in the head and then her classmates and a whiteboard.

When I went to the backpacks he shot

my friend that was next to me

and I thought he was going to

come back to the room

and put it all over me

said the child who is no longer a child,

said the shock that flattened everything she said,

said the courage it took her to speak of it

because these deaths must mean something;

they must persuade the powerful who refuse

to be persuaded to change the laws that made it possible—

although she didn’t say all those words.

She just told us