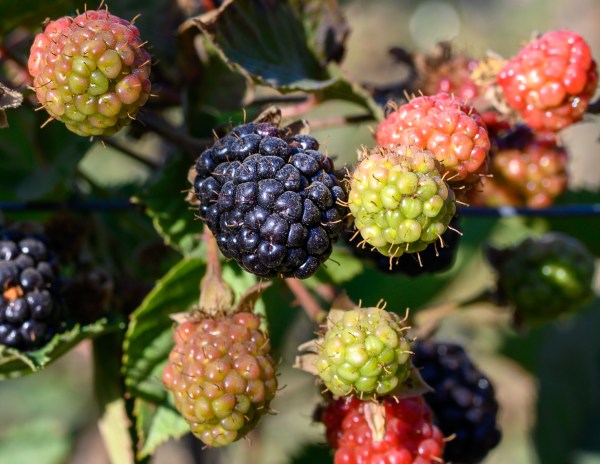 The “small family farm” that has graced the Peninsula on 300 acres off Alpine Road is celebrating its 100th anniversary. Started by George Webb in 1922 when he sub-leased Stanford  University land, the farm side of the business is now overseen by 4th generation Webb, Atlee Frechette, while her older sister Summer Hensley oversees the riding program.

The ranch was certified organic in 2007, a process that took only six months rather than the usual three years because the farmlands had been pesticide- and herbicide-free since 1962. Webb no longer sells produce at its farm stand near 280, instead selling to farmers markets, restaurants and local grocery stores, including Bianchini’s in Portola Valley and Sigona’s in Redwood City. You can taste Webb’s produce at the Alpine Inn in Portola Valley as well as Flea Street and Camper in Menlo Park. 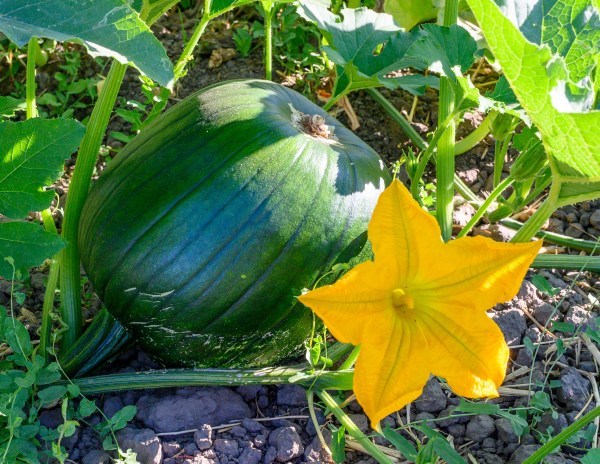 There are currently nine family members (spanning three generations) living on the ranch, with  more  involved in ranch operations. The fact that Webb Ranch endures after nearly 100 years doesn’t surprise Atlee who told Punch magazine she credits her grandfather Stanley’s powerful influence. “He really passed on the excitement and passion of farm life,” she says. “To this day, I’m grateful to go out before dinner and pick a basket of berries or some tomatoes for a salad.” (Read the Punch article on Webb Ranch here.)

Atlee told us that 15 varieties of pumpkins take up 25 to 30 acres; the green pumpkin pictured is one of the varieties.

“For the last five years we’ve had three acres of corn,” said Atlee. “Historically we’ve grown large amounts but now grow it to coordinate with the pumpkin patch fall season.”

Note: The pumpkin patch is open this year from September 23 to October 31. Reservations are required for the weekend when there are expanded activities. Details available online. 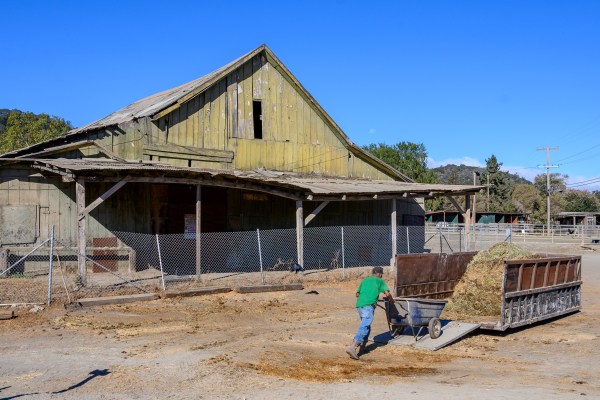 InMenlo contributing photographer stopped by to take some photos of what’s growing as well as an old barn that is still standing but no longer in operation. It was built around 1850 by Irish immigrant and first owner of the ranch, Dennis Martin.