Menlo Park is home to the world’s largest digital camera 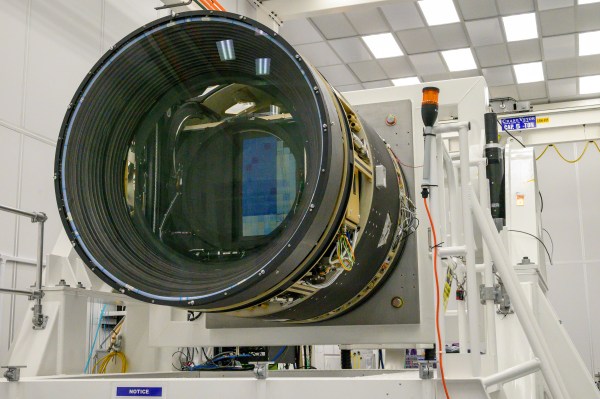 Menlo Park is currently the home of the world’s largest digital camera for astronomy. It resides in a “clean room” — one with low levels of pollutants such as dust, microbes, and aerosol particles —at SLAC National Accelerator Laboratory. Named the Legacy Survey of Space and Time (LSST) camera, it weighs three tons and is the size of a small car. For the past few days, it’s been making its media debut.

When it takes up residency at the Vera Rubin Observatory in the high desert of Cerro Pachon, Chile, its job will be to capture the southern night sky, snapping an image every 15 seconds. The camera will capture 3,200 megapixels per shot and collect 15 terabytes of data per night over a 10 year period. It’s estimated there will be 10,000 scientific users for the data, including backyard telescope hobbyists. 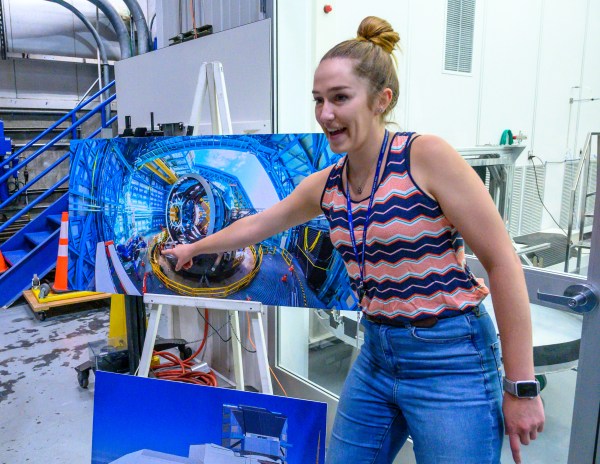 Our escorts were staff engineer Hannah Pollek (pictured above), who is part of the team responsible for assembling and testing the camera, along with Stanford PhD candidate Theo Schutt. 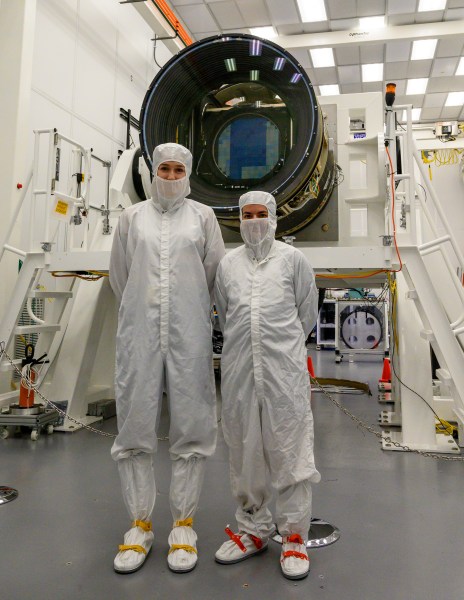 Hannah explained that the camera will advance our knowledge of the dark energy and dark matter that make up 95% of the universe.

“Think of it as forming a panoramic movie of how things change over time,” she says.

Once fully operational, the camera will be shipped to Chile. “It’s a huge logistical challenge,” says Hannah. “We’ll charter a plane rather than risk an ocean journey. The lens and filter will be removed; the rest of the camera will stay intact.”

Science has long been a lure for both Hannah and Theo (pictured right in clean room attire). A mechanical engineer by training, Hannah says she’s always liked working with her hands. An engineering technology class at Monta Vista High School in Cupertino, where she grew up, made her realize that using her hands combined with an affinity for math could translate into an engineering career.

“I’ve also always enjoyed looking up at the night sky,” she adds.

A third year PhD candidate in physics, Theo says he’s long pondered questions about the universe. “To think we do not understand 99% about it!” 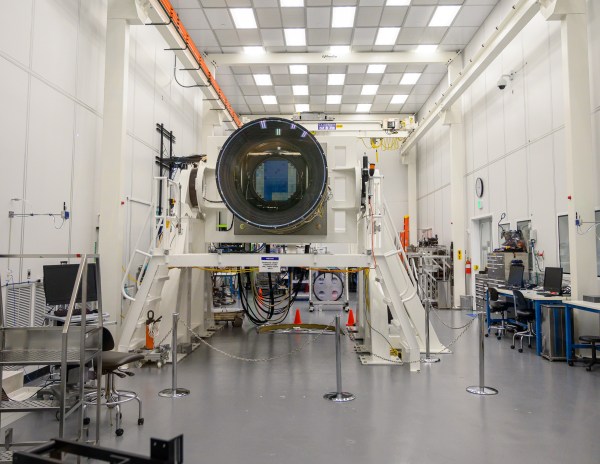