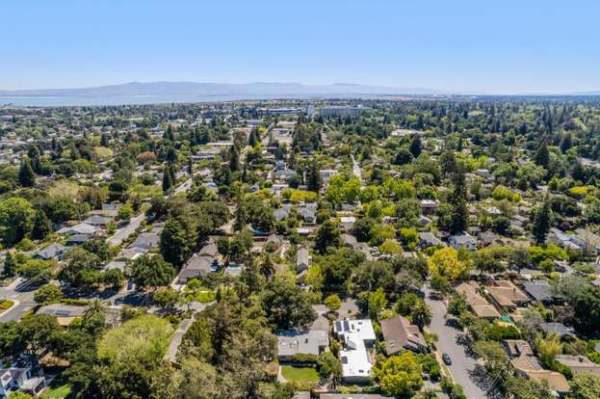 A few years ago, Menlo Park switched from holding citywide council elections to a district-by-district approach. Menlo Park was divided into five districts, and now voters in each district elect just one representative.

Increasing representation from various neighborhoods is no doubt a good thing, but it has some downsides. Most significantly, each council member now is accountable only to their district. Previously, council members knew that they’d have to answer to all voters from every neighborhood. It didn’t matter where they lived: each neighborhood held the potential to organize and vote out any council member.

I don’t mean to suggest that any of our current council members don’t care about the whole city. But it’s a big difference between caring versus being accountable to everyone.

Your neighborhood could be up-zoned tomorrow by just three council members, and you may not have the opportunity to vote for/against any of the three who made that decision. Even ignoring the potential impact of personal or political biases of individual council members, the lack of direct accountability is simply inconsistent with democratic principles.

The “No on V” advocates are trying to convince everyone that Measure V is somehow “anti-teacher” or “anti-housing” and will make development difficult throughout our city. That is a gross distortion. Measure V only addresses low density residential neighborhood up-zoning.

Given the lack of accountability on neighborhood issues, this simple “voter check” on up-zoning is needed. Vote yes on Measure V.

“The lack of direct accountability is simply inconsistent with democratic principles.”

I disagree. Getting to vote for one representative per district is how our representative democracy works, at every level of government except for the US Senate (and even there we only get to vote for 2/50). Of course everyone won’t always agree with the choices our elected representatives make while in office, and if enough people disagree (and support people who run against them), they get voted out.

In Menlo Park, for the first time, we have a representative for each region of the city – including, at long last, Belle Haven. Each of those representatives sitting on council was elected, fair and square, most in competitive races. Each ran on a distinctive platform of values, ideas, and concrete policy suggestions. Call them “biases” if you like – the main point is that none of them was a blank canvas, and apparently enough voters agreed with them to put them in office.

The new geographic balance on council is reflected in the recent draft housing element, which differs from previous general plan updates by distributing proposed zoning changes more evenly around the city (not just in D1). It was this council’s opportunity to shape the future of our city and they did so in remarkably conventional fashion – effectively leaving R1 neighborhoods untouched. As the Almanac wrote in their recent editorial, “council members are not going out of their way to destroy Menlo Park’s suburban neighborhoods.” (https://www.almanacnews.com/news/2022/10/14/editorial-vote-no-on-menlo-parks-measure-v)

You hypothesize that, with district elections, 3 out of 5 council members could theoretically upzone a single neighborhood that none of them represents. But under the system we get if Measure V passes, a single zoning decision affecting one neighborhood could be made by a simple majority of the voters in our city – voters who aren’t elected by any of us and are definitely not accountable to anyone. I haven’t seen any evidence that the majority of voters in our city are particularly concerned about development projects that impact one neighborhood – have you?

A lot of folks around here probably remember Measure M, which was started by the Allied Arts neighbors to try to affect the scale of the projects along El Camino. It didn’t work out the way they’d hoped – they lost, and it wasn’t close. (The council members running at-large on the Measure M platform lost too.) It was an expensive, divisive election that left deep scars in our community. This one is feeling pretty similar. Let’s not sign up for more governing-by-referendum, please.

District elections are a normative part of a healthy representative democracy. Forever delegating some subset of land-use decisions to voters is a solution in search of a problem – and doing it because you don’t happen to like some of the people sitting on council right now is nonsensical.

As always, John, is a true treasure for this city.