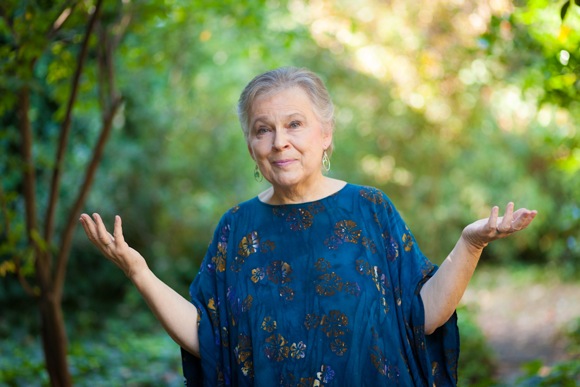 Documentary filmmaker and Menlo Park resident Dorothy Fadiman is this year’s recipient of the United Nations Association Film Festival (UNAFF)  Visionary Award. A number of her films have screened at UNAFF including WHEN ABORTION WAS ILLEGAL: Untold Stories, shown in 2004.

“As we mark the 25th UNAFF Anniversary with the theme Reflections, it is very appropriate to give the UNAFF Visionary Award to a veteran filmmaker and human rights activist, recognizing her life-long unwavering commitment to human rights, creativity, persistence and vision, which inspired several generations to promote gender equality, a culture of peace and a better future for all,” said UNAFF Founder and Executive Director Jasmina Bojic .

Dorothy  is a key subject featured in the UNAFF Closing Night film THE JANES, which profiles the members of an underground group of women known as Jane, who risked their personal and professional lives to help women in need. In the pre-Roe v. Wade era — a time when abortion was a crime in most states and even circulating information about abortion was a felony in Illinois — the Janes provided low-cost and free abortions to an estimated 11,000 women.

THE JANES will be presented on the Festival’s Closing Day of the 11 days in-person film festival on Sunday, October 30. After the film Dorothy Fadiman will receive the UNAFF Visionary Award. THE JANES screens at 6:30 pm, and the awards ceremony with reception starts at 8:30 pm. All details can be found at unaff.org.

From the beginning, Dorothy’s life’s work was mirrored in her filmmaking. At a point when it was neither safe nor fashionable, Dorothy put herself on the line countless times. She has been among the first to recognize wrongs, and speak out to inspire change.

Dorothy moved to California to pursue graduate work in communication studies at Stanford University. In 1974, while she was trying to write a book about the light of Spirit, she was approached by a filmmaker, Michael Wiese, who suggested they make a film together. That collaboration became RADIANCE, her first production. Since then she has produced more than 20 films. Her book PRODUCING with PASSION: Making Films that Change the World follows her career and offers specific suggestions for independent filmmakers to use in their work as they find their unique voices through filmmaking.

Forty years ago, Dorothy founded Concentric Media to document stories of individuals and communities working toward social justice, human rights and personal growth. Her awards include an EMMY, an OSCAR nomination, and a GOLD MEDAL from the Corporation for Public Broadcasting.

The United Nations Association Film Festival was founded 25 years ago at Stanford and Palo Alto as a bridge to connect academia and the community through documentary filmmaking focusing on the Universal Declaration of Human Rights. Since Dorothy Fadiman is a Stanford alumna and UNAFF is based in Palo Alto/Stanford, UNAFF is proud to share Dorothy’s work several times. These connections with Stanford and Palo Alto are additional reasons that make the decision to honor her with the UNAFF Visionary Award even more relevant to the UNAFF mission and community.

In addition to the annual film festival, UNAFF organizes panel discussions; initiates programs that engage children, students, seniors, and veterans; hosts a traveling festival which keeps the films alive well beyond their initial festival showings; and opens its doors to documentary film students and researchers.

The 25th UNAFF (United Nations Association Film Festival) will be held from October 20-30 in Palo Alto, East Palo Alto, San Francisco,  and Stanford University For list of films and other information: http://www.unaff.org