Faces of Menlo: Mai and Hellen of Sky Nails 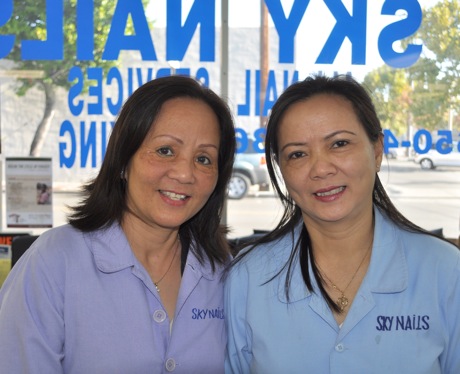 Cousins Mai Nguyen (left) and Hellen Nguyen have been putting out the welcome mat at Sky Nails on Crane St. since 2001. Given the proliferation of nail parlors in downtown Menlo since that time, their eight-year tenure demonstrates that their services have been valued enough to survive not only the dotcom bust but the even tougher recession of the past year (or so). That’s undoubtedly a tribute to their considerable charm as well as the caliber of the staff (including Linda who’s rumored to have given up on Chicago and is headed back to the Bay Area). And like similar establishments across the country, more than one of their customers first meet while getting their nails – or toes – done and found friendship beyond the confines of the nail parlor.