Bringing a touch of Paris to Menlo Park 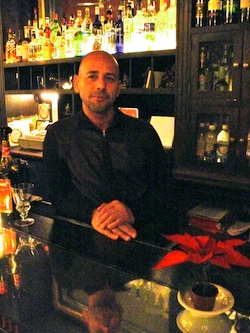 Make an Online Reservation (via OpenTable.com)!

Ali Elsafy, who’s lived in New York and Paris, first emerged on Menlo’s restaurant scene when he opened La Luna on Crane in 1995. Three years later he opened his French bistro, Vida, in the space once occupied by Stanford Ice Cream.

In 1998,  Santa Cruz Ave. was just starting to become a more vibrant downtown.  The fact that he’s survived two economic downturns, he says, is the same reason other restaurants survive in tough times – the proprietar’s constant presence in a place that makes customers feel welcome. “The key is the personal touch,” he says. “People come in and they’re recognized. They also recognize how I’ve added something new to the place, some new little touch. It’s been a wonderful 11 1/2 years, and I think the restaurant itself is just starting to get that wonderful patina that bistos get over time.”