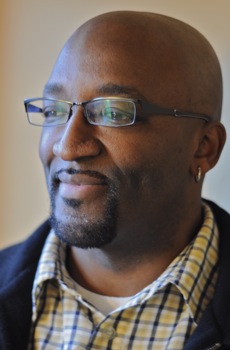 Menlo Park resident Maurice Miles is described as the “heartbeat” of  the groove-based, contemporary jazz quartet Times 4. And while he plays  drums today, it was his grandmother’s early teaching on piano that began his musical interest. “She stressed two things,” Miles recalled, “music and education.”

So it’s not surprising that Miles lives in Menlo Park because of the schools. “I like it here. The environment is kind of woodsy and there’s a sense of community.”

Times 4 formed in 2003 and just released its third CD, Eclipse. (You can see a cut performed live at Yoshi’s.)  The group, which has built up a loyal Bay Area following,  is a regular performer at jazz festivals and plays private engagements as well. “We’re told we’re not as commercial as some groups,” Miles said. “But we stay true to what we do.  We think the fact that we love what we’re doing – and enjoy playing together – comes through in our music. Thankfully, there are people out there who agree.”

Times Four sets itself apart by playing and recording original music they’ve composed through a very collaborative process; there’s no band leader. Eclipse is the first CD they’ve self-produced as well. Miles sums up the support and encouragement the quartet has received from its fan base: “When people know you are serious, they respect you. Everything follows from that.”