Sean Falconer: Navigating the ultra-complex and the ultra-high 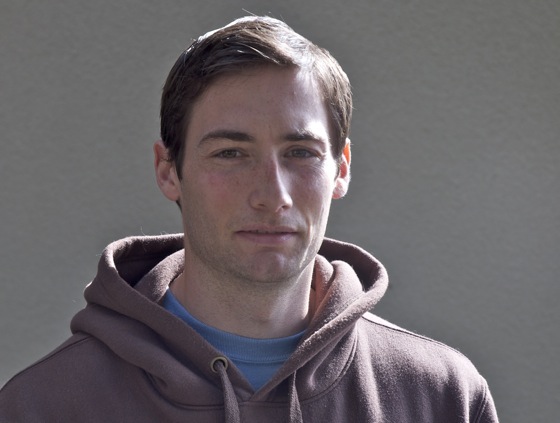 Sean Falconer’s instructions for meeting him on the Stanford campus were a minor marvel. Navigating Stanford’s city-sized campus sprawl is no mean feat, even for those with experience, but Sean’s email was concise – a 20-odd word description making it very clear where he’d be at the appointed hour. He arrived exactly on time.

Which is what you might expect from a Stanford Center for Biomedical Informatics Research Group post-doc who is an expert in ontology, “a formal, explicit specification of a shared conceptualization,” according to Wikipedia. In practice, says Sean, his work is all about finding ways for people in the real world to navigate very large and complicated information structures, e.g. the National Cancer Institute’s cancer database. Even Sean’s blog is not exactly what most would consider light reading; it’s also evidence that his interest in ontology goes beyond his current vocation.

Canadian-born Sean, who was educated in computer science at the University of Victoria and University of New Brunswick, is accomplished outside the lab as well. A distance runner who enjoys competing in charity events, Sean came in second by just 2/10s of a second in this year’s Fight for Air Climb, which benefited the American Lung Association. He completed the  legendarily difficult test of stamina, climbing the 1,197 stairs in just 7:49.2 minutes – not bad for one of Menlo Park’s newest arrivals.

“After moving from Canada to Menlo Park in February, I immediately joined the CrossFit Palo Alto gym and heard it was participating in the stair climb,” he says.  “It seemed like a lot of fun, plus a good way for me to get to know people, so I joined the team. In Canada I had been involved in a number of athletic-related charity events, and they can really help motivate people to help with particular causes.”

As a newcomer, what does Sean like most about Menlo so far? “I’m from a small town, and I like the small town feel of Menlo Park,'” he says. “The short commute is nice, too.” What does he miss most about Canada? “Not the weather,” was the quick reply.