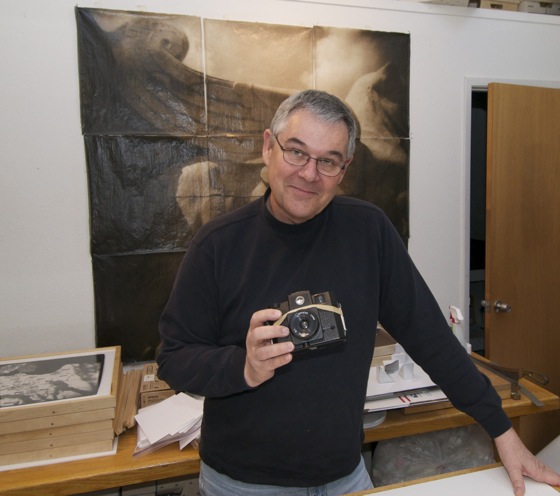 As a photographer, Menlo Park’s Robert Holmgren has been there and done that. His list of publication credits reads like the who’s who of American magazines: Time, Newsweek, Fortune, Forbes, BusinessWeek, Smithsonian and National Geographic, to name a very few.

InMenlo caught up with the celebrated photographer in his sprawling Willows California Craftsman home upon the occasion of his winning Best of Show Award at the 2010 International Juried Plastic Camera Show, an event that pairs the efforts of really great talents with really cheap cameras. 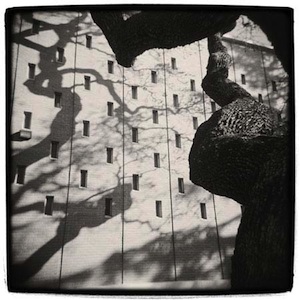 His photo of a heritage oak casting shadows on a wall at Menlo Park’s SRI campus, taken with a Holga, a $35 plastic camera made in China, beat out work by celebrated, heavyweight artistes from the East Coast, Europe and Japan. Robert’s Holga, by the way, is held together with a double layer of rubber bands, to keep light leaks from spoiling the film.

The crash of American print media left many celebrated photographers without ready employment, but Robert, who grins and calls himself “retired” could probably have as much work as he’d like – from corporate clients, if nothing else. But, for the last five years, he’s increasingly focused on images from his beloved Holga. His workspace is dominated by a tiled four-foot-square Holga image that evokes tapestry or peinture as much as photography. Clearly, it’s not the tool, but the workman, that produces great results.

In an interview that came perilously close to two graying Nikon-pushers commiserating about “back in the day,” Robert produced a succinct summation: “Photography is becoming like poetry; if you have the passion, you’re going to do it regardless of the money.”

This article just completed a thought for me. Thank you.