Mike Lanza: Hangin’ in the Playborhood 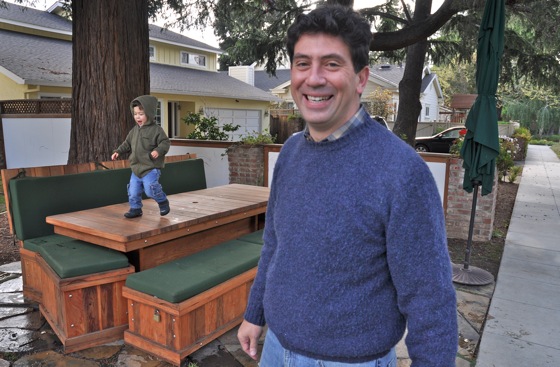 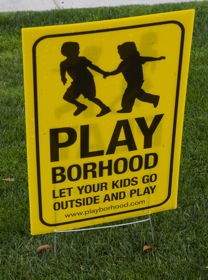 Mike Lanza, a serial entrepreneur with “way too many degrees from Stanford,” has stepped back from the start-up grind to, well, play. Raised in a Pittsburgh (Pennsylvania) suburb, Mike reports that he went outside to play everyday and had a boyhood free of  play dates and other signs that today’s kids are over-scheduled, over-protected, and under-served when it comes to old-fashioned fun.

Through Playborhood.com, the father of two boys is working to raise awareness about how play has virtually disappeared from the lives of most American kids, and, by building a community of other concerned parents, bring it back.

While he lives in Menlo Park, he doesn’t consider his hometown the perfect Playborhood place.  “In general, parents are too Type-A, too uptight, too insecure, too pushy,” he says.  “And most parts of Menlo Park are dead for kids. In general, middle class kids have better lives than either lower class or upper class kids.”

That said, he admits both he and his wife like living in Menlo.  “What matters most is the block, and I found a block in Menlo Park that has tons of little kids, a very calm street, a creek two and a half blocks away, good walkability to downtown Menlo and Palo Alto, and a friendly outdoor culture,” he says.  “However, even with all these attributes, it’s taking a lot of work to make it into a bonafide Playborhood – i.e. a place where kids play outside practically every day.  It feels like we’re making it happen, but we’re not quite there yet.”

Intrigued about the idea? Mike will be hosting a Play Day and Parent Seminar on Saturday, May 1.