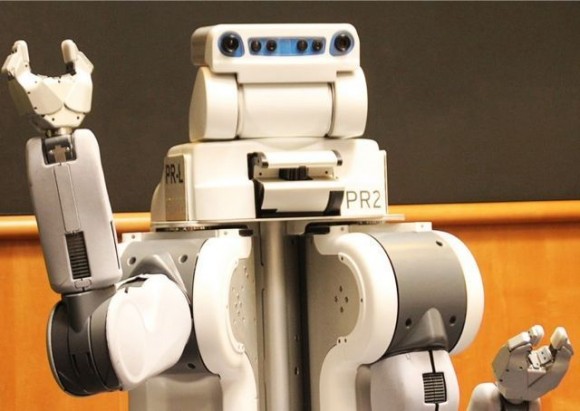 When InMenlo visited Willow Garage, the company’s PR2 robots were still in development. Last night the company held a graduation ceremony for the robots which are headed off to 11 research institutions, winners in a grant competition aimed at accelerating robotics research by advancing a standard platform for robotic development.

Given the novelty and hype of the $4 million combination of hardware and software, no surprise that there was a heck of lot more press at the event than will be covering M-A’s graduating class on June 3, but at least mom and dad won’t be footing the tuition bill for the Willow Garage crew. We were hoping for full cap and gown – but they would have covered the robot’s sensors. The robot pictured at least has a jaunty wave. Or is it a salute?