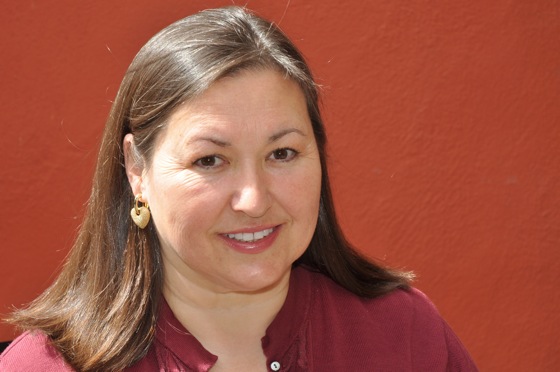 Berkeley native Valerie Frederickson moved to Menlo Park in 1992 for the trees ­- and is convinced she made the right choice. The root of her enthusiasm may be due, in part, to her first adventure in Menlo. Recalls Valerie:

“My first evening here I took my roommate’s dogs out for a walk and ended up getting lost. I had no idea where I was and, of course, this was well before cell phones. So I gave up and sat down in someone’s driveway with the two dogs while I rested my knee and figured out what to do next. Out of the dark came a man riding by on a bicycle and running his dog at the same time, and he stopped to see if I was OK. He turned out to be the well-known professional gardener, Phil Browne. He came back with his truck and loaded up me and all three dogs. That was the beginning of a long friendship based on a love of organic gardening and vegetarian cooking.”

How executive search has changed

“For one, technology advances have transformed the way executive search consultants spend their time,” she says. “We used to do long, painfully detailed write-ups of each candidate and produce leather-bound packets when we presented. Now, we do a simple Excel spread sheet highlighting qualifications and schedule a conference call.

“Another difference is that some employers have an incorrect perception that there is an abundance of qualified candidates who will descend upon them at the slightest Tweet. It’s just not the case. The truth is that for professionals making over $148,000 a year, there is less than 2% unemployment. This is considered full employment and means that there are not a bunch of laid off, desperate, highly-qualified candidates sitting around waiting for a call. Also, since almost all tech employers are doing a major ramp up, there is fierce competition for good talent.”

Why hiring the familiar is not always smart

In 2010 the definition of “good talent,” according to Valerie, is an experienced, highly educated, high energy professional who is strategic yet still hands-on. She says there’s a need to push everyone involved in hiring a little bit outside of their comfort zone and either hire higher up or lower down than they’re accustomed to. She explains:

“We’re all creatures of habit, and unless coached, we often tend to hire the familiar and the comfortable – ­not who or what we need now. The problem with hiring people who worked for you at a large company is that they may not help much at your startup, for example, because they won’t be hands-on enough and will want to spend too much money.

“Also, as Silicon Valley goes through its upturns and downturns, it remains difficult to have in place programs to keep your high performers active, engaged, and on a promotion track. Losing high performers after a few years is like money down a river.

“Lastly, there are a lot of professionals and executives in Silicon Valley who basically rode a successful wave, made money, and are now sitting around in still water waiting for another wave to ride. You really have to drill down into candidates and find out what they actually were responsible for themselves at Netscape, Yahoo!, or Google, since so many people got promoted too quickly and can’t hold their own at a VP level.”

From Valerie’s perspective, living and working in Menlo Park is convenient. “My staff and I love being able to walk around downtown Menlo and go to lunch,” she says. “Plus I can get to any of our high tech or biotech clients within 30 minutes, and my husband, Adam Bernstein, can commute to his hotel business in San Francisco in not much more time than that.

“Menlo is so family-oriented (Valerie and Adam have twins under a year old) and at the same time sophisticated. Here’s an example: A neighbor who has four kids and who is an inventor came over last week in the evening to loan us an anti-colic machine for our twin babies and spent an hour giving us baby-proofing advice. The next afternoon he passed me in his car and stopped to congratulate me on a Wall Street Journal interview. I think that sums up my Menlo Park experience: caring, sophisticated, and laid back – but definitely in the know.”