These campers learn how to change the world 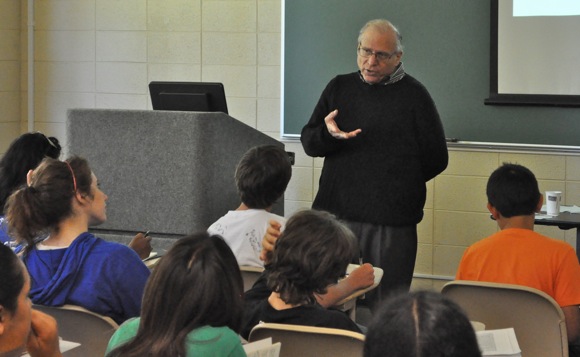 Some kids go to camp to hone sports skills. Others to enjoy the great outdoors. The 40 or so children and youth (ages 10-17) attending the Take Action Academy at Menlo College this week have a different need. They want to learn how to be effective change makers.

This is the second year that the one-week camp has been held locally. It’s offered through a partnership of Free The Children, a Toronto-based nonprofit with offices in Palo Alto, and Me to We, a for-profit social enterprise that supports the work of Free The Children. 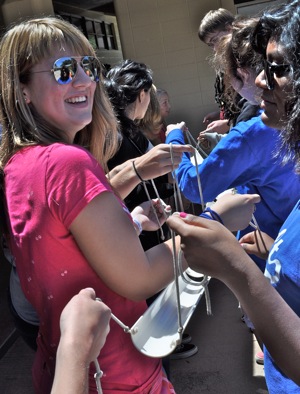 Over the next week,  campers will gain leadership skills through facilitated discussions and group activities focused on international issues affecting young people around the world. Interacting with each other and guest speakers, they’ll explore social issues and learn about the benefits of volunteerism and activism. Along the way, they’ll form new friendships and have some fun. (Photo top shows a workshop led by facilitator Mark Elinson; photo left is a team building activity.)

Shana Kirsch, who’s Director of California Operations for Free The Children, says most campers are part of the organization’s network of Youth In Action groups. She says there are about 125 Free The Children clubs in California. Teachers also help identify promising kids who would benefit from the immersion into issues and action plans. 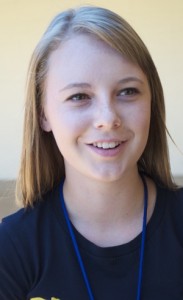 East Bay resident Michaela Leonard (left) attended the Academy last summer and is back again this year. She started a club at her high school and wants to learn ways that she can do more effective club recruitment. “Attending last year changed my perspective on everything,” she says. “I’m a lot more aware of things going on around me – and in the world.” And while still some years from graduation, Michaela’s goals are set: “I want to be a teacher and work with Free The Children.”

Free The Children was founded by 12-year-old Craig Keilburger in 1995 to fight child labor. Today, the organization is the world’s largest network of children and youth helping children through education, with more than one million young people involved in programs in 45 countries. Through its adopt a village program, over 500 schools and water projects have been brought to communities around the world.