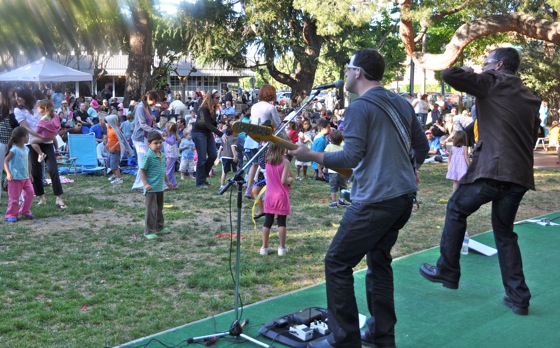 Did it just seem like there were more toddlers than ever before at tonight’s concert at Fremont Park featuring U2 tribute band Zoo Station? Or did the music that Bono and the other Irish lads played in the 80s (yea, Joshua Tree!) bring forth people who came of age listening to U2, who are only now getting around to having kids of their own? (Side question: If the Baby Boomers instilled Motown and the Rolling Stones in their children’s mind, will Generation X’s legacy be U2?) 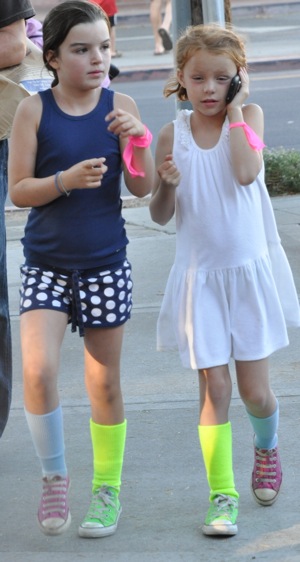 All that aside, it was the usual packed lawn at Fremont Park this evening with families enjoying picnics and kids escaping to climb a tree or, for the bit older set, seizing the opportunity to eye the opposite sex. The editor/photographer pick of the evening was a photo of two girl tweens who had evidently swapped socks and sneakers and were out and about much during the concert, including “urgent” mobile phone calls.

For those who’ve been reticent about joining the fun because sitting on the ground was the only option, new this year are free-of-charge chairs provided by the McNair Group, Menlo Park-based real estate advisors. Also new: the appearance of more pizza pies from Amici’s just down the street and the Foster Brother’sice cream truck.

Up next week (7/7): the sound of blues, courtesy of Pat Wilder & Serious Business.