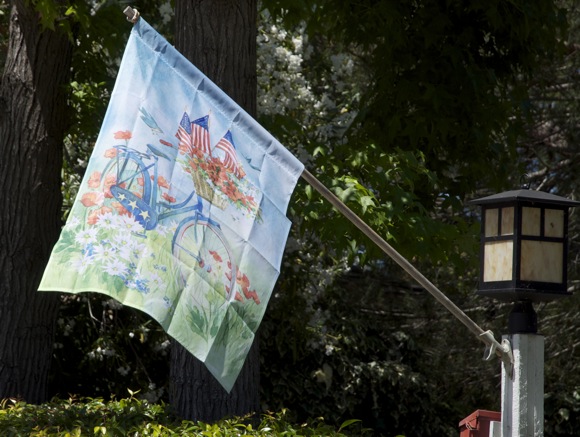 At the end of June there was a yard sale at a home on Olive near Oak Avenue in Menlo Park that we worried marked the end of an era. The household’s many seasonal flags were being sold off.  (And a few just might have been purchased by InMenlo weatherman Bill Russ for a buck a piece – or so we’ve been told.) Now it looks like a new banner era has begun. We spotted a just-out-of-the-box new flag – with fold marks still in place! – waving cheerily in the breeze today.