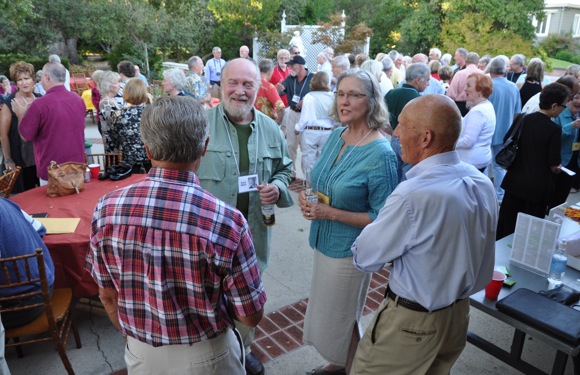 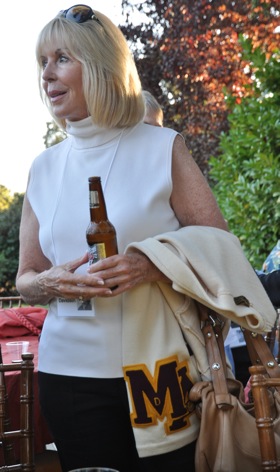 In 1960, Elvis ruled the charts – three top 10 Billboard hits that year, although the very non-rockin’ Theme from ‘A Summer Place’ was the year’s chart topper – Eisenhower led the nation, and Muhammad Ali (then known as Cassius Clay) won his first professional fight. Menlo-Atherton’s class of 1960 graduated in a transitional period between the sleepy, relatively peaceful 50s and the divisive Vietnam War and counterculture movement to come later in the decade.

Classmates gathered this weekend for their 50th high school reunion – last night at AutoVino (classmate Dick Burns is a principal), this evening at Holbrook Palmer Park and tomorrow morning at M-A for a final goodbye. InMenlo stopped by tonight to capture old friends reconnecting and sharing memories.