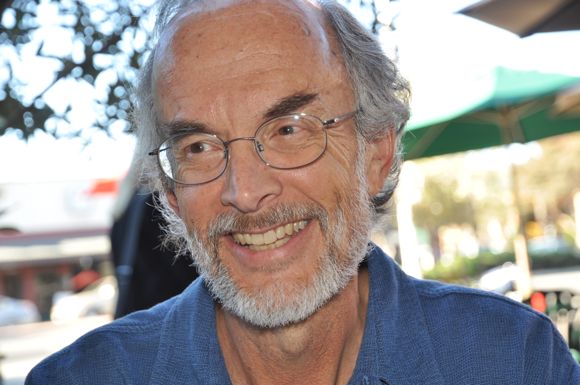 “Soon after joining the choir, I started taking voice lessons and have studied for 12 years now,” he says. “Starting late means I have lots of catching up to do.”

In 2006, he auditioned for the California Bach Society, and was invited to join. “It’s a wonderful experience, a challenge and honor to be part of such an accomplished group,” he says. “Our director, Paul Flight, is an amazing musician – conductor, performer, voice teacher – with a remarkable ability to hear vocal problems, however subtle, and to identify means to fix them. Under his leadership, the choir just gets better and better.”

The Bach Society is opening its 40th anniversary season with a rare appearance in Menlo Park. The group will be performing the music of Henry Purcell (Hail! Bright Cecilia) and George Frideric Handel (Acis and Galatea) at St. Patrick’s Seminary on Saturday, October 23. Tickets are available online.

Now retired, Craig worked at NASA Ames Research Center for 33 years, helping to develop scientific infrared detector arrays for astronomy projects like the Spitzer Space Telescope and the upcoming James Webb Space Telescope. He continues as a part-time consultant to NASA and sees some similarities between the real and musical cosmos. “Much of the work at NASA is done as a team of engineers and scientists. My experience with the Bach choir is very much like that – it takes teamwork.”