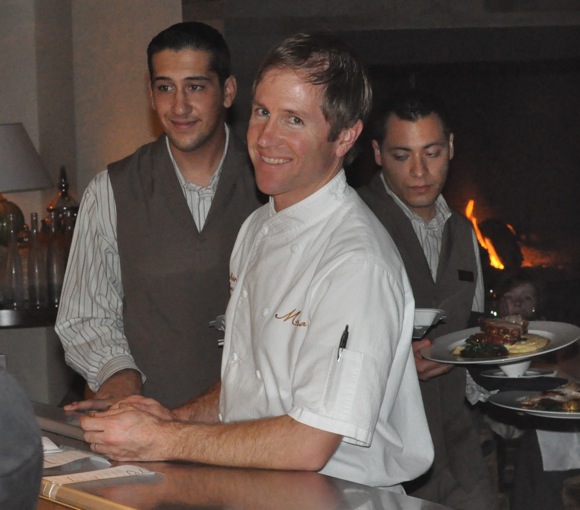 Since its opening last year, fans of Madera Restaurant at the Rosewood Sand Hill in Menlo Park have known something special had come to town – fabulous views, vibrant bar scene, and great food coming out of Executive Chef Peter Rudolph’s kitchen. Michelin agrees: the restaurant just received its first star, becoming one of only 39 restaurants in Northern California to be honored. (Nearby Village Pub in Woodside and Baume in Palo Alto also received one star in the just released 2011 guide).

“Receiving a Michelin star is both exciting and humbling,” said Chef Rudolph (pictured). “We have an incredible team at the restaurant and it’s a result of their hard work, talent and dedication that we’ve received this designation. I also want to thank our loyal guests for helping us to achieve this honor. They’ve been instrumental in providing us with feedback since the day the restaurant opened, which we’ve listened to, and have been influenced by with each menu change.”

The MICHELIN Guide San Francisco, Bay Area & Wine Country 2011 covers a wide geographic region, stretching from Los Gatos in the south to Geyserville in the north. Over the past year, Michelin inspectors have analyzed restaurants throughout Northern California, always anonymously. At the end of their investigative process, they gather to debate the region’s restaurants in full, determining which restaurants should be retained in the selection, and which merit one, two or three stars.

Madera’s one star designation marks the first hotel restaurant to earn a Michelin star for Rosewood Hotels & Resorts. “We are extremely honored to receive this recognition from Michelin, a guide that serves as an
international benchmark,” said Michael Casey, managing director of Rosewood Sand Hill. “Chef Rudolph and his team strive to create a memorable dining experience for each guest, and this is a true testament to their efforts.”