Cooking fire reminder – do not douse with water! 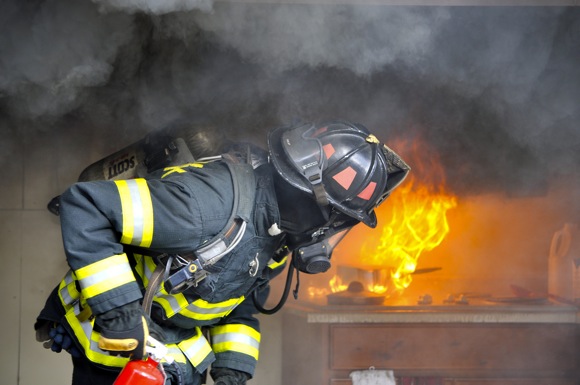 The place to be for Bay Area media yesterday afternoon was once again the main station of the Menlo Park Fire Protection District. There Fire Chief Harold Schapelhouman teamed with officials from Exponent Failure Analysis for a Thanksgiving holiday fire safety demonstration that showcased the dangers associated with cooking fires. 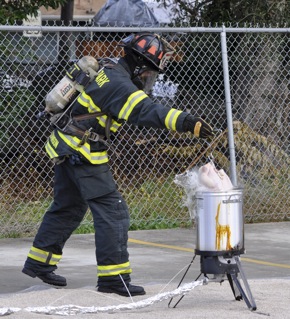 In preparatory remarks, the Fire Chief reminded the assembled press and other onlookers the importance of making sure your house has a working smoke alarm and fire extinguisher. But the main lesson of the two demonstrations – a cook top grease fire that gets out of control (top) and a deep fat turkey fryer that is overfilled with spectacular (for the cameras present) consequences – was the importance of not dousing a oil/grease-related fire with water, which will only fan the flames (quite literally). 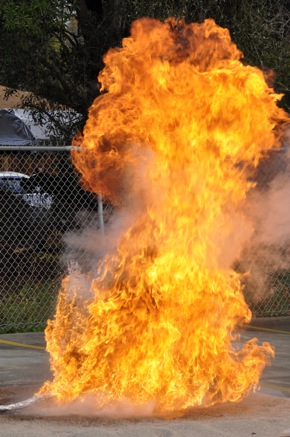 The cook top grease fire can be quickly contained by putting the lid back on the pan; the fire in the deep fryer, which the Chief stressed is an appliance that should only used by in the backyard, not in the house or garage, with an extinguisher. He also said that it’s important to call 911 even if you think you have a fire under control, citing Menlo Park Fire Protection District response times of from five to seven minutes from the time of call.

In early December, the department will be conducting a demonstration about Christmas-related fire hazards.